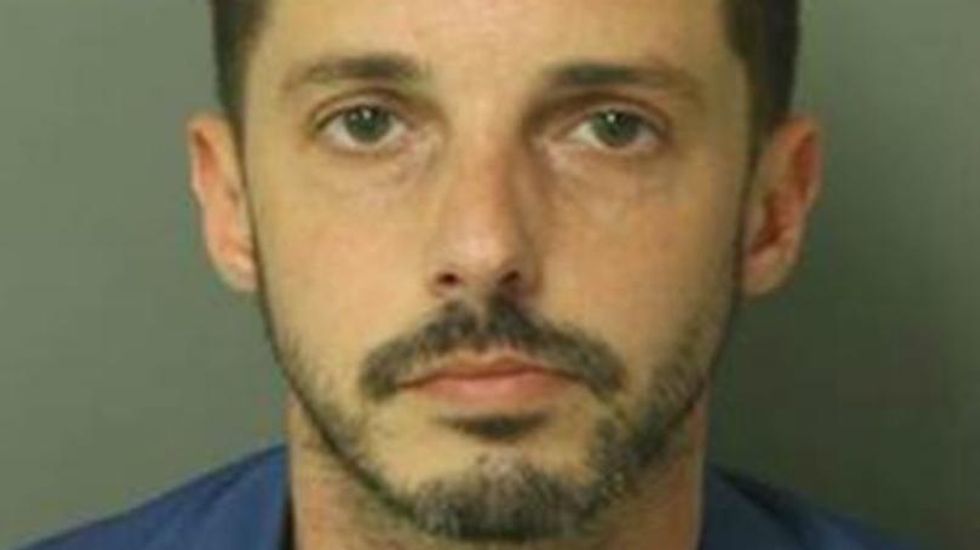 39-year-old Chad Cameron Copley, who shot and killed a black man after calling police about "hoodlums."

A man from North Raleigh, N.C. has been charged with first-degree murder after shooting a black man outside his house -- after he'd called police just minutes before to complain about area "hoodlums."

The Charlotte Observer reports that 39-year-old North Raleigh resident Chad Copley called 911 early on Sunday morning and told police that they needed to send officers to his house to deal with "hoodlums" who were outside.

"We’ve got a bunch of hoodlums out here," Copley said on a 911 call released by authorities on Monday. "I’m locked and loaded, and I’m going outside to secure my neighborhood. You need to send PD as quickly as possible."

Roughly 20 minutes after Copley made the call, police say Copley fired his shotgun at some of the "hoodlums" while he was standing in his garage. He managed to hit 20-year-old black man Kouren-Rodney Bernard Thomas, who would later die as a result of gunshot wounds.

Thomas and his friend David Walker were attending a party in Copley's neighborhood at the time of the shooting. 16-year-old Jordan Lewis, who lives at the house where the party took place, tells the Charlotte Observer that there were about 25 people standing outside the house when Thomas arrived on the scene, and that none of them were fighting or waving guns around.

Despite this, Copley told the 911 operator that "there’s frigging black males outside my frigging house with firearms" and begged her to send police officers to the scene.

Copley was arraigned on Monday and is being held without bond, according to local news station WNCN.