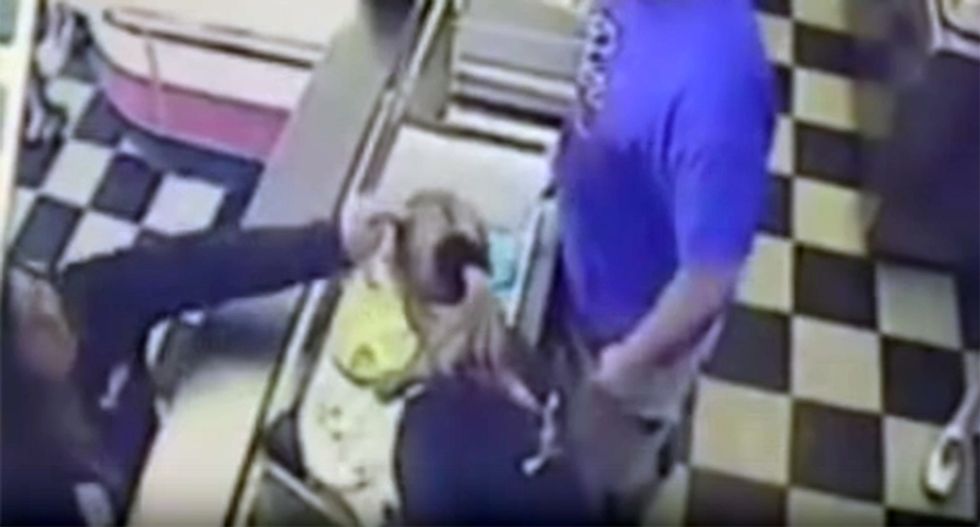 The adage "Don't cry over spilled milk" is like the 1950s version of "Don't sweat the small stuff." But one woman Michigan woman had an outright meltdown when her local Ray's Ice Cream was out of her favorite flavor.

Tricia Ann Kortes of Royal Oak, Michigan ended up being charged with assault and battery after she learned that the shop was out of the ice cream flavor she wanted: Mackinac Island Fudge. According to Fox2Detroit, she allegedly reached over the glass and hit the manager in the head.

This isn't the first time the woman has become belligerent over her sweets. Kortes' history of violence extends back to an incident at a Kroger in June where she reportedly drop-kicked a cake, stomped on it and stormed out of the store.

She shouted expletives, claiming, “They f*cking ruined my 7-year-old’s birthday cake!” Then she kicked over a wet floor sign as she stamped her way out of the store.

She later claimed that the cake slipped out of her hands, she did not drop kick it.

According to WXYZ, the woman was also charged with assault in 2003 in Washington state. The record says she was put on probation for a year. In a 2015 incident, Kortes was charged with assault and battery but made a plea deal for being a disorderly person. She was ordered to pay $500 and required she attend anger management in that case that was resolved just two weeks ago.

Kortes was expected to turn herself into police for the charges Tuesday to be arraigned on the cake-kicking incident.

"It appears that this matter has been blown out of proportion," her attorney said in a statement after the cake kicking incident. "We look forward to resolving the matter at the appropriate time. And in the interim period, we are seeking counseling."

Check out the full report below via WXYZ: