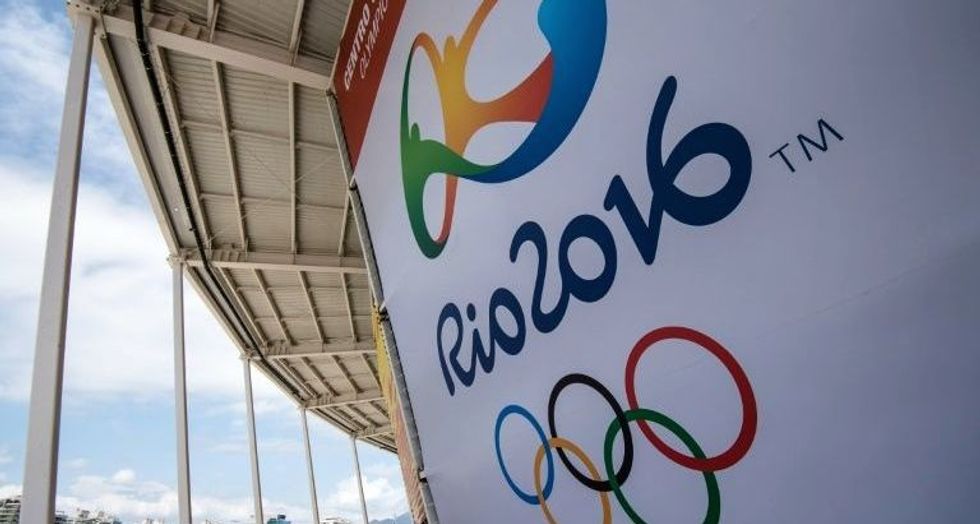 So far, at the Olympics many feared would be the Zika Games, so good.

With as many as one million people expected to attend the spectacle, half of them foreigners, Rio de Janeiro has not turned out to be the Zika hothouse some athletes and visitors feared as the virus wreaked havoc in Brazil earlier this year.

Despite some hot days, swings back to cooler temperatures in Brazil's winter mean that the population of the mosquito responsible for spreading the virus has dwindled.

And Rio itself never endured an epidemic as grave as many scientists had feared early this year. Even with thousands of reported cases of Zika during hot months, Rio was not hit as hard by the virus as Brazil's northeast, for reasons that scientists and the government do not yet understand.

"I'm really not concerned," said Dutch beach volleyball player Alexander Brouwar after a match in the towering metal arena set up for the sport on Rio's famed Copacabana beach.

"I haven't seen one mosquito," he added.

The ongoing Zika outbreak was first detected last year in Brazil, where it has been linked to more than 1,700 cases of microcephaly - a birth defect marked by small head size - in babies of infected mothers. There is no vaccine for Zika, which usually only causes mild flu-like symptoms in those infected.

The virus is still spreading globally and has affected at least 54 countries, according to the World Health Organization. That includes the United States, where authorities on Monday said they were investigating a new case of local transmission in Florida.

It is also still early in the Games. Any sustained increase in temperature, though not expected until the local summer approaches later this year, could cause a rebound in mosquito populations. And those who get the virus normally do so within days of being bitten by a mosquito infected with Zika.

But with very few cases of Zika reported in Rio in recent weeks, the mosquitoes themselves, if they appear, have few sources of even picking it up. Aedes aegypti, the mosquito primarily responsible for spreading Zika, transmits it by biting an infected person and then moving on to another.

Compared with January, when more than 7,700 cases of Zika were reported in Rio, only about 140 cases were reported during the month of July, according to municipal figures through July 28, the latest available.

Several competitors, including golfers Jason Day and Rory McIlroy, skipped the games because of Zika and some did attend, but expressed concern about the disease, including British heptathlete Jessica Ennis-Hill and U.S. women's soccer goalkeeper Hope Solo.

But the subject has died down among athletes.

"I've not even heard anybody talk about it," said Helen Glover, a British rower who was a 2012 gold medalist, noting the low-level of concern.

Yet local authorities and Olympic organizers are staying cautious.

"We cannot leave this to chance," Mario Andrada, a spokesman for local organizers, told reporters at a briefing on Monday, stressing that anti-mosquito measures they have been using for months will remain in place throughout the Games.

In addition to air conditioning in athletes' rooms, meant to keep them from opening their windows in high temperatures, Olympic officials have made insect repellent available for free to them in housing, training and competition facilities.

Municipal health agents have been scouring venues and popular tourists sites to eliminate stagnant water and other areas where Aedes lay eggs.

Meanwhile, the Olympics are still a stage for Zika-related marketing by companies which see opportunity in any lingering fears, from aggressive advertising by repellent manufacturers to a couple of condom makers who touted Zika-proof prophylactics – never mind that any condom would suffice in protecting against rare cases of Zika transmission through semen.

Given the lack of mosquitoes, most visitors are brushing off any concerns. "I didn't bring any repellent," said Sophie Bahgeri, a 25-year-old Australian strolling along the beach.

Even those with most reason for worry say they are much more relaxed about the virus than they had been.

"I can't remember the last person I heard of coming down with Zika," said Fabiana Macedo, a 30-year-old resident of Tabajares, a Rio slum whose dense population and poor sanitation is the sort of community most affected by the outbreak.