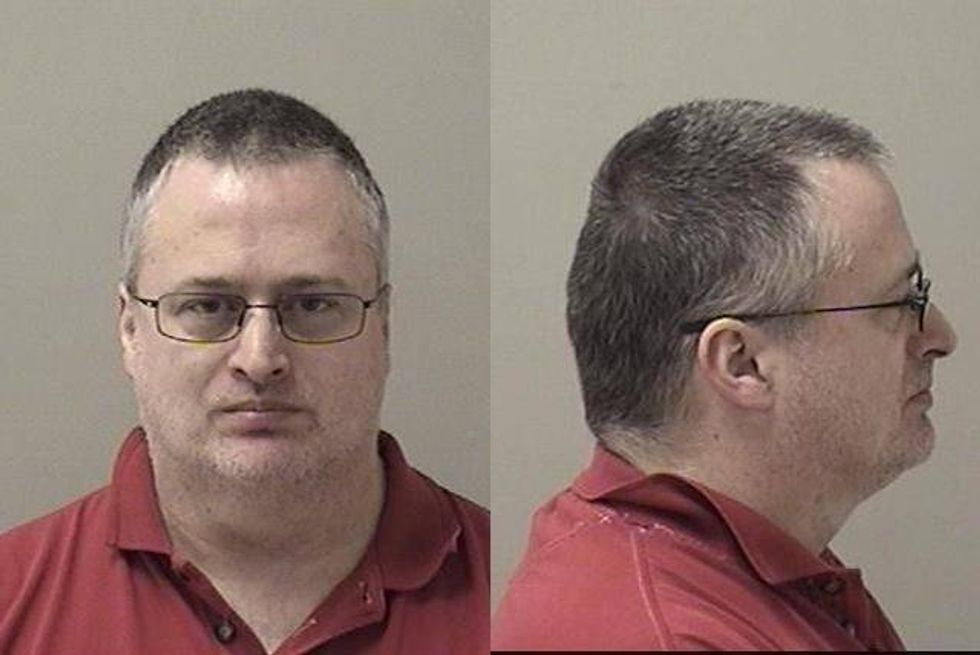 An Illinois police officer who raped a 7-year-old girl forced her -- now 17 -- to testify in court in order to torment her one last time before he entered a guilty plea.

The Free Thought Project reported Wednesday that Elburn police officer David Wright, 54, pleaded guilty to repeatedly raping the unnamed girl for 10 years, beginning when she was only 7 years old.

Wright was arrested in 2015, but continued to collect paychecks from the Elburn Police Department right up until he entered his guilty plea. He was charged with 33 felonies that carried a combined minimum prison sentence of 143 years and a maximum of 648 years.

“Quite frankly, I think 500 years sounds reasonable,” said Kane County Circuit Judge D.J. Tegeler to Wright in court. However, the former police officer was allowed to enter into a plea deal where he will have the chance for parole in less than 20 years.

The Elburn Daily Herald said that court testimony included Wright revelations that Wright first raped the girl in the bathroom at a children's party, telling her, "This is gonna hurt" before the assault.

The assaults began in November of 2005 and ended in April of 2015 when the victim finally overcame her fear and reported the abuse. Up to that point, she told prosecutors, she'd been afraid she would cost Wright his livelihood.

Judge Tegeler told Wright and his legal team that to force the girl -- who is still underage -- to testify before a jury and a courtroom full of spectators would be the height of cruelty.

"You have not done anything but ruin her," Tegeler said. "For you to make her take the witness stand at all, I find reprehensible."

Normally in such cases, the victim's parents would testify to the court about the impact on their child.

However, after the victim had been on the stand for 20 minutes, Wright's attorneys signaled the judge.

"He wishes to stop the proceedings and enter into (plea) negotiations with the state," said Assistant Public Defender Ron Dolak to Tegeler.

Prosecutor Deb Bree said of Wright's 24-year sentence, his lifetime status as a sex offender and the order of protection stating he cannot contact the victim for at least 28 years, "At this point in time, I believe this is the family's wishes and I think the state is in agreement."