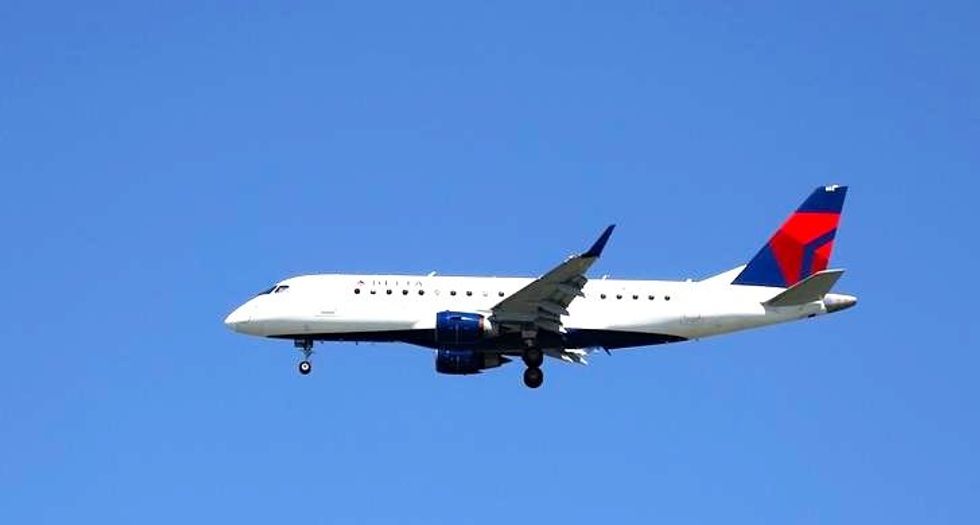 Delta Air Lines Inc canceled hundreds of flights and delayed many others on Monday after an outage hit its computer systems, grounding planes and stranding passengers of one of the world's largest carriers at airports around the globe.

Atlanta-based Delta, the second-largest U.S. airline by passenger traffic, said it had canceled 451 flights after a power outage that began around 2:30 a.m. EDT (0630 GMT) in Atlanta. Flights gradually resumed about six hours later.

The disruptions dealt a blow to Delta's efforts to use its recent success in avoiding flight cancellations to win over corporate and leisure customers. With Monday's outage, Delta now joins rivals Southwest Airlines Co and American Airlines Group Inc among airlines that have suffered flight disruptions during the past year due to data system malfunctions.

The financial impact from Monday's flight cancellations was not yet clear. Delta said passengers booked for travel Aug. 8-12 would be entitled to a refund if their flight is canceled or significantly delayed. The airline said late Monday it would provide $200 in travel vouchers to all customers who experienced a delay of greater than three hours or a canceled flight as a result of Monday's disruptions.

Analyst Jim Corridore of S&P Global Market Intelligence downplayed the impact to Delta, saying it was "not as severe as a mild snowstorm." However, Corridore added "the reason for the cancellations are a cause for concern and needs to be explained." The analyst reaffirmed a "strong

Delta shares were down 0.6 percent at the close of trading.

The problems arose after a switchgear, which helps control and switch power flows like a circuit breaker in a home, malfunctioned for reasons that were not immediately clear, said Georgia Power spokesman John Kraft.

Georgia Power, a unit of Southern Co which provides electricity to most counties in Georgia, earlier sent a team to investigate, Kraft said. The problem has not affected other Georgia Power customers, he said.

The carrier was probably running a routine test of its backup power supplies when the switchgear failed and locked Delta out of its reserve generators as well as from Georgia Power, industry analyst and former airline executive Robert Mann said. That would result in a shutdown of Delta's data center, which controls bookings, flight operations and other critical systems, he said.

A Delta spokeswoman declined to comment when asked about backup systems.

"It's (an) all-hands-on-deck effort" at Delta to get customers back into the air, Chief Executive Ed Bastian said in a video posted on the airline's Twitter account.

Industry consultants say airlines face an increasing risk from computer disruptions as they automate more of their operations, distribute boarding passes on smartphones and outfit their planes with Wi-Fi.

Delta's flight information was not showing correctly on Delta's website or on airport information boards, and this could also take time to resolve, the carrier said earlier. Mann said monitors typically display cached data until the computer system updates with new information.

"This is ridiculous," said Nyasha Arthur, a 39-year-old AT&T employee who had to use a vacation day after being stranded at Newark Liberty International Airport.

"I don't understand what is going on here. It's just a mess," she said as she stood in a long queue at Delta's check-in counter.

Around the world, passengers stuck in airport queues or on planes waiting to depart took to Twitter to share photos and frustration at the delays, as well as to ask how a major airline could be grounded by a power cut.

According to website Flightradar24, some of the first flights to take off were from Amsterdam to the United States, while a flight from Phoenix to Atlanta was among the first to depart from a U.S. airport.