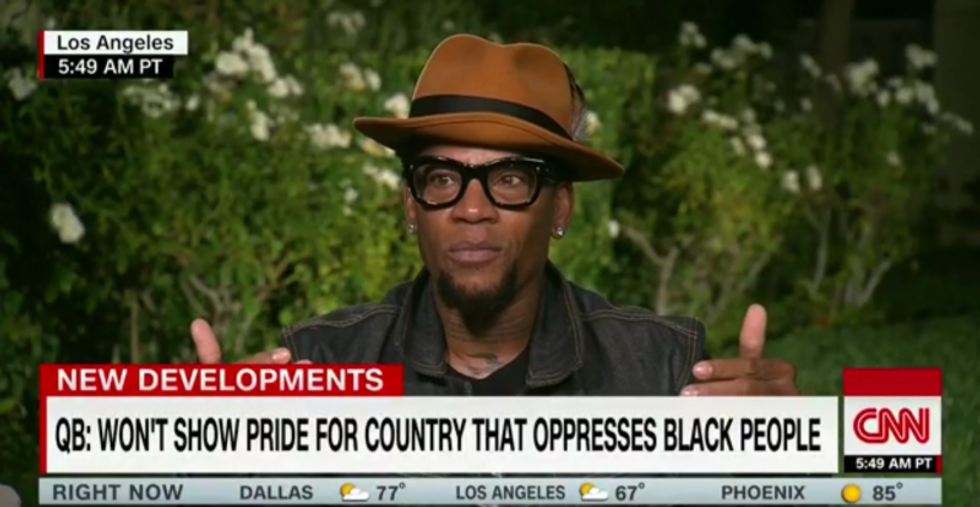 D.L. Hughley has had enough of Americans who get more upset by 49ers quarterback Colin Kaepernick sitting during the national anthem than by police brutality against black Americans.

While being interviewed by Chris Cuomo on CNN Tuesday, Hughley said that people are free to criticize Kaepernick, but he asked why they don't speak up more when they see stories about police shooting unarmed black men.

Hughley went on to say that many people are upset at Kaepernick because football is an escape from reality, and they don't want to have that escape interrupted by serious political issues.

"Football is an escape, and black people oftentimes don't get an escape from reality," he said. "Reality confronts us all the time, there's no Sunday off."

Hughley also took the opportunity to take more shots at Donald Trump during his interview and told Cuomo that Trump winning the presidency would be like rapper Flavor Flav winning a spelling bee.

"His whole premise is, 'I'll do something I've never done before, and I'll do it well,'" he said. "This is silly to me."

Check out both clips of the Hughley interview below.