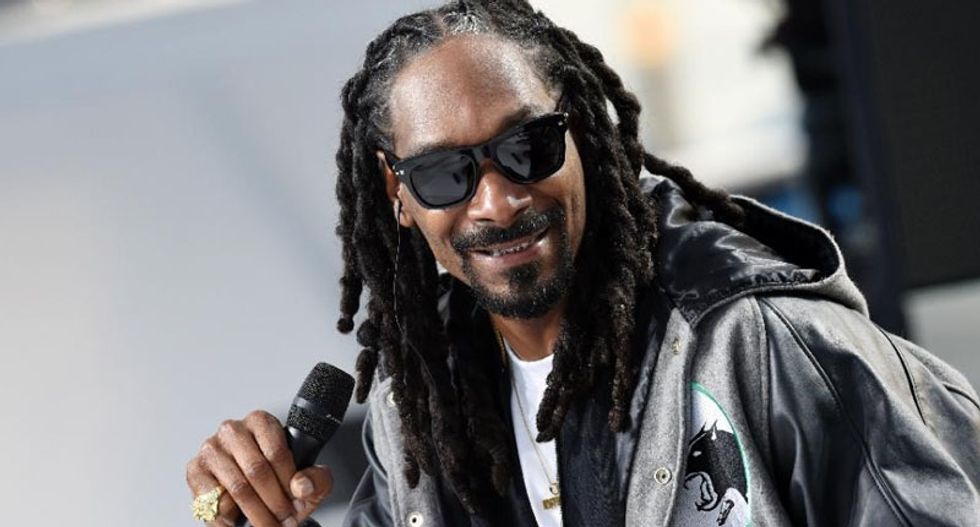 US rapper Snoop Dogg, pictured at the Cannes Film Festival on May 19, 2015 (AFP Photo/Loic Venance)

About 30 people were taken to hospitals with minor injuries when they fell and were crushed after a railing collapsed near the stage at about 10 p.m. local time in the BB&T Pavilion in Camden, New Jersey, the Philadelphia Inquirer reported.

The newspaper reported that the railing separated the pavilion's lawn from inside seating and collapsed when concertgoers leaned on it.

An eyewitness told the paper that about 50 people fell about 10 feet (3 meters) onto concrete.

Authorities said that about 30 people, who suffered minor injuries, were taken to hospitals, the Philadelphia Inquirer reported.

(Reporting by Brendan O'Brien in Milwaukee; Editing by Michael Perry)