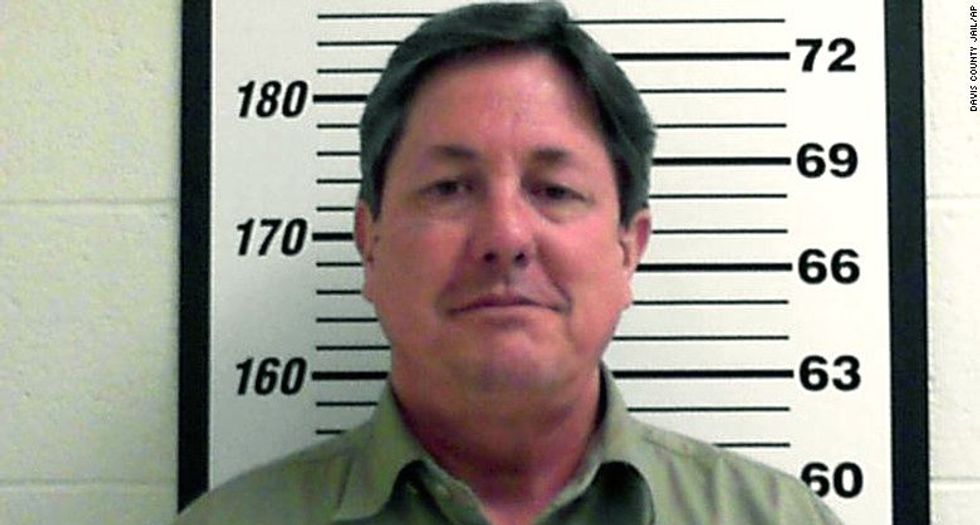 The Federal Bureau of Investigation on Monday offered a $50,000 reward for information leading to the capture of a Utah-based polygamous faith leader who escaped from home confinement ahead of his trial over food stamp fraud.

Lyle Jeffs, 56, fled confinement in Salt Lake City sometime over the weekend of June 18 - 19 and an arrest warrant was issued by a federal judge that Sunday afternoon, authorities said.

Prosecutors allege Jeffs and other leaders of the Fundamentalist Church of Jesus Christ of Latter-day Saints (FLDS) in Arizona and South Dakota diverted money from the federal government food assistance program for the poor.

Jeffs pleaded not guilty to the two-count indictment in February and was released from jail on June 9 ahead of his October trial. Jeffs is the de facto leader of the (FLDS), an unacknowledged offshoot of the Mormon Church.

In all, the indictment charged 11 defendants with conspiring to defraud the federal Supplemental Nutrition Assistance Program (SNAP), or food stamps, and conspiring to commit money laundering.

Prosecutors allege that in about 2011, the church leaders directed adherents to funnel food bought with SNAP money to an FLDS storehouse to feed the greater church community.

Jeffs is the brother of Warren Jeffs, who is considered the prophet of the faith and is serving a sentence of up to life in prison plus 20 years in Texas for illegally marrying and sexually abusing underage girls.

The sect is based in the twin cities of Hildale, Utah, and Colorado City, Arizona. It is an offshoot of the Salt Lake City-based mainstream Church of Jesus Christ of Latter Day Saints, which renounced polygamy in 1890 and has no affiliation with the FLDS.