FDA recommends Zika testing for all blood donated in US 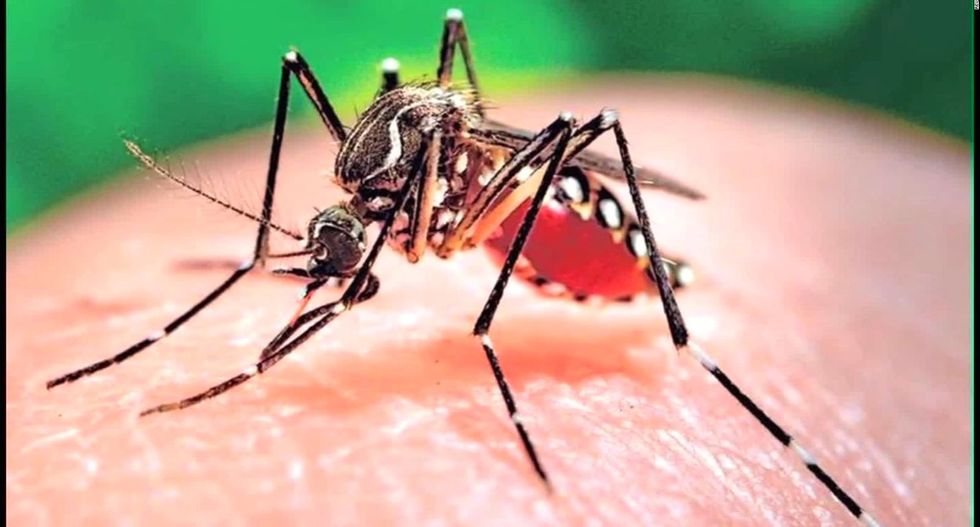 The U.S. Food and Drug Administration recommended on Friday that all blood donated in the United States and its territories be tested for Zika virus, as it moves to prevent transmission of the virus through the blood supply.

The agency said its decision to expand blood screening in the United States was based on concerns about more cases of local transmission in Florida, the growing number of travel-related infections and concerns that Zika-tainted blood could unwittingly be given to a pregnant woman, putting her unborn baby at risk of severe birth defects.

“The transfusion of a pregnant woman with blood infected with the Zika virus could have terrible consequences,” Peter Marks, director of the FDA’s Center for Biologics Evaluation and Research, said during a conference call with reporters.

The current Zika outbreak was first detected in Brazil last year and has since spread across the Americas. In Brazil, Zika has been linked to more than 1,800 cases of microcephaly, and U.S. officials expect as many as 270 cases in Puerto Rico, where local transmission of the virus is widespread.

Given frequency of travel of individuals within the United States, he said there was a risk that people without symptoms of Zika could donate blood and transmit the virus.

Testing of donated blood is underway in Florida, Puerto Rico, as well as in other areas of the United States, and has been proven helpful in finding infected donations.

"About 1 percent of donations in Puerto Rico have tested positive for Zika virus," Marks said.

Such testing also helped spot one unit of Zika-tainted blood in the past few weeks. Marks said testing discovered the infected blood before it reached any patients.

FDA TO ROLL OUT TESTING IN STAGES

The Food and Drug Administration plans to roll out its recommendations in stages. In states and territories with local, mosquito-borne transmission, the recommendations will go into effect immediately. This affects Florida and Puerto Rico.

In 11 states near areas with local transmission or high rates of travel-related infections, the guidelines must be implemented within four weeks. These states include Alabama, Arizona, California, Georgia, Hawaii, Louisiana, Mississippi, New Mexico, New York, South Carolina and Texas.

For the rest of country, the guidelines must be implemented within 12 weeks.

Marks said Hologic Inc and Roche Molecular Systems had been granted special approval for their tests to be used to screen the blood supply.

Marks said the FDA had already reviewed data submitted by the companies and was confident these investigational tests would "perform appropriately” in this setting.

In addition to tests to check whole blood for Zika RNA, the agency said blood collection centers were permitted to use Cerus Corp's Intercept pathogen inactivation system in certain blood products, such as plasma.

America’s Blood Centers, a network of 63 blood centers with 600 donation sites in 45 U.S. states, is currently testing for Zika primarily in Florida, where local transmission has been reported. It also has centers testing in areas of Texas that are considered at high risk for the spread of the virus, and an affiliate in Arizona testing high-risk donors.

Dr. Louis Katz, chief medical officer for America’s Blood Centers, said it would take a “titanic” effort to implement testing in the first-tier states expected to be online in four weeks, but stressed the organization’s commitment to a safe blood supply.

“Testing labs and the test vendors are working feverishly to allow testing to start on time in the areas subject to the 12-week timeline,” he said in an email. “My conversations with the vendors suggest that if all goes smoothly that goal is feasible. Then, whether things go smoothly in an incredibly complex set of processes becomes critical.”

In March, the FDA granted Roche approval for a clinical trial testing its Zika blood screening test in Puerto Rico, where local blood donations had been halted and blood had to be imported from the continental United States.

The company said its second phase of deployment would be to prepare for blood donations in the southern United States.

OneBlood, a part of America’s Blood Centers network whose coverage area includes most of Florida and smaller parts of Alabama, Georgia and South Carolina, has been testing all collections for close to a month as part of the Roche trial, said Dr. Rita Reik, chief medical officer.

"We aren’t surprised, nor do we disagree, with the FDA guidance that just came out,” Reik said in a telephone interview.

The American Red Cross has been conducting blood tests for Zika as part of a clinical trial of a Zika blood screening test made by Hologic and Grifols the FDA approved in June.

The trial involved five southeastern states believed to be at greatest risk for local Zika transmission. Over the next two weeks, the Red Cross said it will expand this testing to four additional states in the south central and southwestern United States.

Hologic said in an emailed statement that the company has been ramping up for months and is confident it can meet the added demand from the FDA's guidance.

Dr. Alyssa Ziman, medical director of the clinical laboratories and transmission medicine at the University of California Los Angeles, said the new recommendations for Zika follow the similar steps the FDA took to protect the blood supply from the West Nile virus.

In that case, the FDA also had to rush out an unapproved test to detect the West Nile virus in the blood supply, Ziman said. Such tests are now approved.

"We are gathering data on the performance of the test while the test is in a sense being required by the FDA," she said.

Because the products are investigational, UCLA will need special permission from an independent ethics committee known as an Institutional Review Board, then each patient will need to sign a special consent form before receiving a transfusion.

Ziman said with the testing on top of the questioning already being done about people's travel histories to places where Zika is being spread, she believes the risk of getting Zika through a blood transfusion "is really low."

She said people who need a blood transfusion need to balance the risk of not getting transfused against their perceived risk of contracting Zika.

Vijay Kumar, an analyst for Evercor ISI, estimates that the FDA's recommendation for Zika universal testing "will add at least $30 million to revenues, which are likely to be split between Roche and Hologic."

(Reporting by Ankur Banerjee in Bengaluru, Julie Steenhuysen in Chicago and Sruthi Shankar in Bangalore; Editing by Saumyadeb Chakrabarty and Bernard Orr)