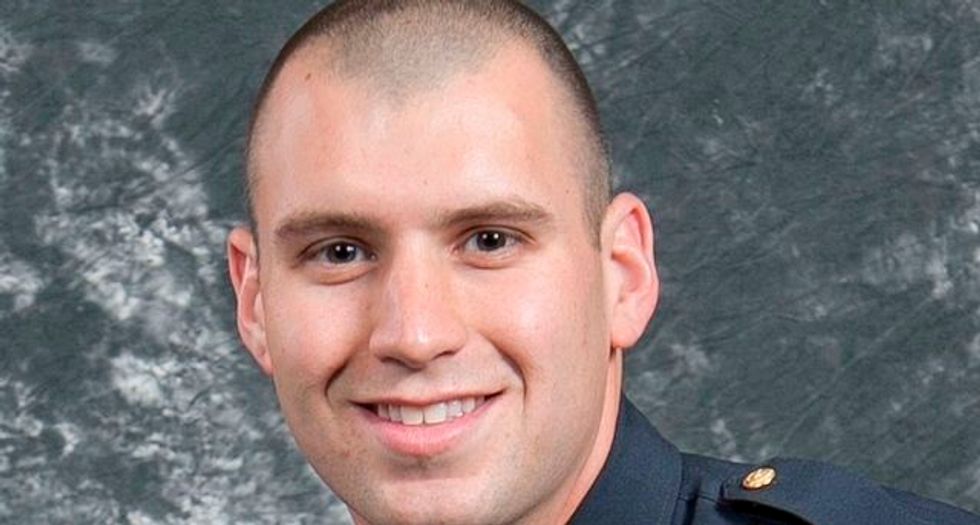 A Florida police officer who mistakenly killed a 73-year-old woman during a role-play exercise this week has been the subject of excessive force complaints in the past, according to a police official and media reports.

Punta Gorda Police Officer Lee Coel is on administrative leave after firing a live round that struck and killed Mary Knowlton on Tuesday night at an event hosted by the police department for about 35 members of the community.

The role-play exercise has been part of an educational event hosted by the department for the past two years, Police Chief Tom Lewis told reporters at a news conference on Thursday.

"Obviously in this circumstance, something went terribly wrong," Lewis said.

Punta Gorda police have released few details about what led to Knowlton being shot by a live round, and Lewis declined to answer questions at the news conference.

He acknowledged reports that Coel, a K-9 police officer, had been accused of allowing his police dog to attack a man while on patrol in October last year.

"This officer was involved in a K-9 apprehension incident," Lewis said. "Currently that incident is in civil litigation."

Lawyer Scott Weinberg said Coel intended to cite his client, Richard Shumacher, for riding a bike at night without a headlight or taillight when the attack occurred.

Weinberg, who has filed a notice of intent to sue the city and the police department, released a police dash-cam video of the incident earlier this year. In it, Coel can be seen holding Shumacher down while the dog mauled him.

"The bottom line is that when I released this video two months ago, I had warned everybody that this man was going to kill somebody," Weinberg said in a phone interview. "I told the chief to his face that this man was dangerous."

Coel also was accused of excessive force in April 2013 while working as a police officer for Miramar, Florida police, court records show.

That incident and another case led investigators to determined Coel had violated department policies, and he was forced to resign, the Miami Herald reported.

It was not clear if Coel has been disciplined for violating rules in the incident involving his police dog in Punta Gorda, where he was hired for the city's force in March 2014.