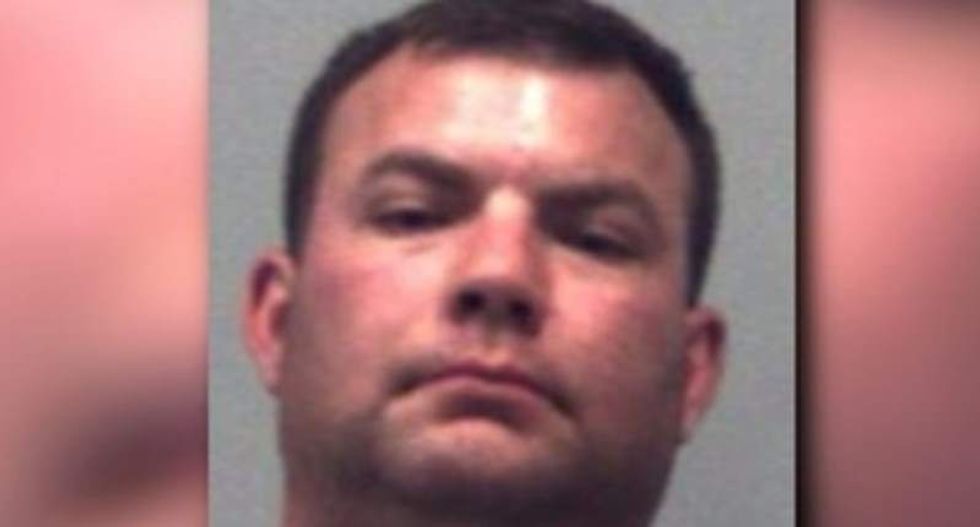 Authorities in Gwinnett County, Georgia arrested one of their own after he stalked his estranged wife, then allegedly attacked her and posted sexually explicit footage of her on her Facebook page, WXIA-TV reported.

Zachary Wilkerson was charged with assault, battery, theft, transmission of video and depicting nudity or sexually-explicit conduct of an adult for his actions on Saturday night. The suspect only "began working as a street officer" this past April, 10 months after being hired by the department.

"We are fortunate that this type of behavior was realized very early in his brief career. We find these allegations very disturbing and unbecoming of any of our core values and ethical standards," officials said in a statement, adding, "In this situation, Wilkerson represented everything that police do not stand for and we are fortunate that he is no longer an employee of this agency."

According to police, Wilkerson's wife contacted them after the suspect sent threatening text messages to her through her best friend's phone on Saturday. The victim also forwarded messages to her friend she said showed that Wilkerson "mentioned various equipment violations" on her boyfriend's vehicle while also threatening to impound it.

The suspect is also accused of approaching his wife while she was meeting with friends inside a home, taking her phone, then grabbing her by the throat and pushing her to the ground. Wilkerson then allegedly pulled "his personal firearm" on his wife's friends and cursing at them when they tried to step in.

Wilkerson then left the party with his wife's phone, police said, and posted the video that night. Officers retrieved the phone on Sunday while arresting the suspect. He was subsequently allowed to resign from the department instead of being fired. If found guilty, Wilkerson could lose his law enforcement license.

Watch WXIA's report, as aired on Monday, below.