Here’s your voter fraud scandal: Bannon may have illegally registered to vote in Florida 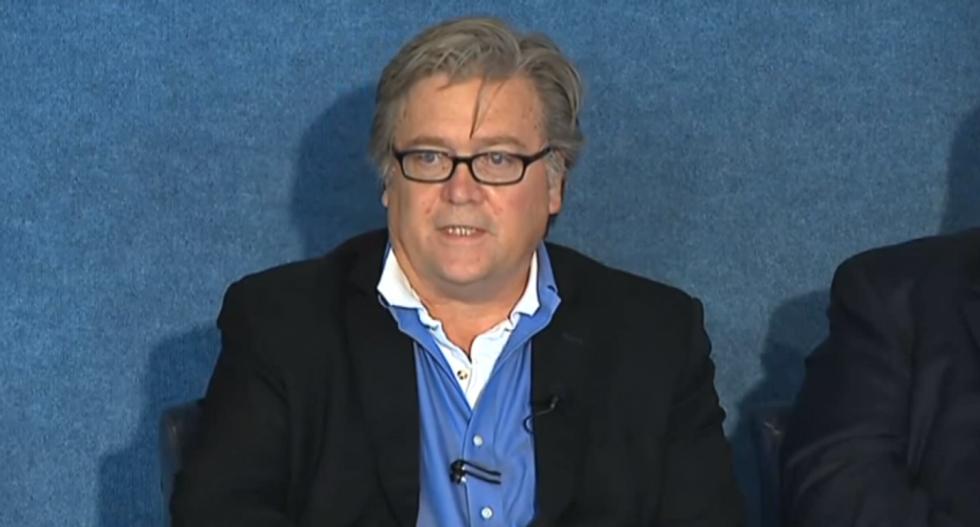 For years, we've heard Republicans warn of the gigantic dangers posed by voter fraud, despite the fact that very few such cases have actually been documented.

However, the Guardian has now discovered a potential case of voter fraud that might really live up to the hype -- and it involves Donald Trump's campaign CEO, Stephen Bannon.

According to the Guardian, Bannon "has an active voter registration at the house in Miami-Dade County, Florida, which is vacant and due to be demolished to make way for a new development." The publication notes that this is an apparent breach in Florida election laws, as it's illegal to register yourself to vote at an address where you don't actually live.

"Wilfully submitting false information on a Florida voter registration – or helping someone to do so – is a third-degree felony punishable by up to five years in prison," the Guardian notes.

Another intriguing tidbit from the Guardian piece is that Bannon often resides at a $2.4 million townhouse in Washington, DC that is owned by Mostafa El-Gindy, a former Egyptian member of parliament who has received positive coverage from Bannon's Breitbart News in the past. None of the Breitbart articles about El-Gindy ever mentioned that he was Bannon's landlord.

UPDATE: Politico's Marc Caputo has checked records and has found that Bannon has never actually voted in Miami-Dade County, which means that he hasn't actually committed voter fraud even though he's incorrectly registered at an abandoned house.