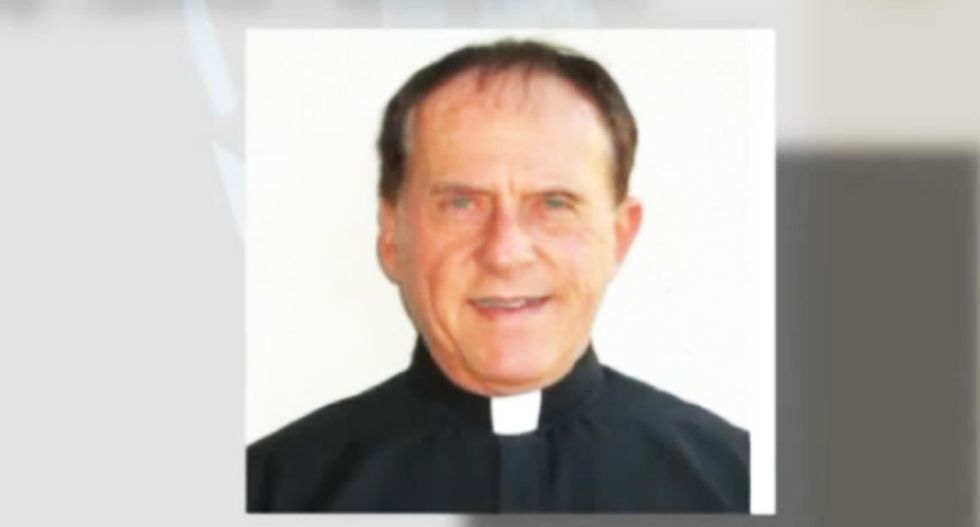 The Stockton Catholic Diocese has suspended a monsignor over allegations that he sent pictures of his penis to the church pool maintenance man who complained -- only to be fired.

According to FOX40, Monsignor Lawrence McGovern, the pastor of Presentation Parish in Stockton, has been removed from his duties after the landscaper filed a lawsuit against the church for sexual harassment.

According to an attorney for the unidentified father of two, who is also a church parishioner,  McGovern sent his client sexually explicit pictures.

"It’s extremely disturbing that the person’s who is head of this parish would be sending text with photographs of his exposed genitals,” attorney Vince Finaldi said before ading. “Someone’s who’s engaging in that type of conduct has very, very serious credibility issues and issues with judgement.”

According to Finaldi, his client confronted the priest over the pictures and pressed him over his vow of celibacy.

According to the victim, McGovern responded, "Oh, that just means that you’re not married."

The local diocese issued a statement saying, "Today the Diocese of Stockton learned for the first time of employment related allegations against Monsignor Lawrence McGovern, the Pastor of Presentation Parish in Stockton. In accordance with the Canon Law of the Church, Bishop Stephen Blaire has placed Monsignor McGovern on administrative leave pending a full and complete investigation.”

According to Finaldi, McGovern should be dismissed, saying, "That person has no business being in a parish and head of a school where there are numerous young children walking around everyday."

Watch the video below from Fox40: