How a volcano hid the acceleration of sea level rise 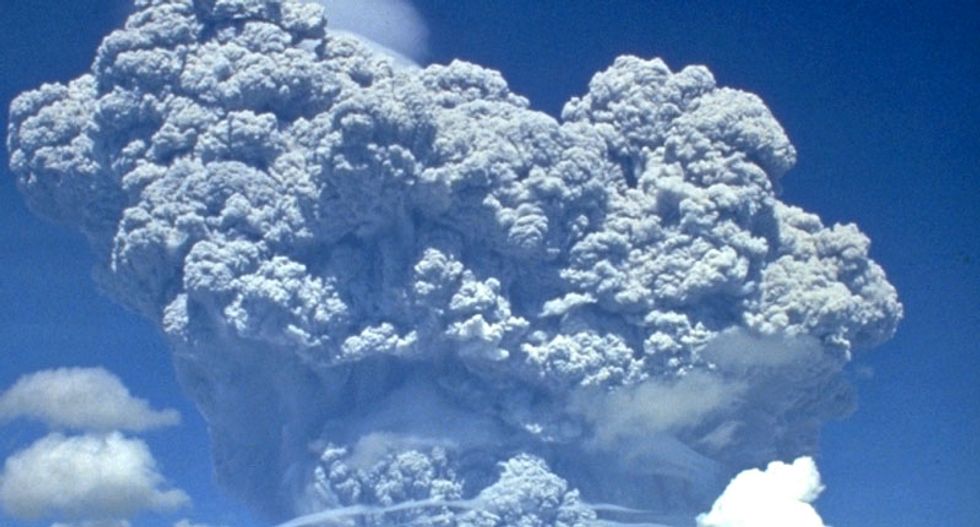 An uptick in sea level rise caused by greenhouse gas pollution during the past two decades has been hiding behind a volcano.

The eruption of Mount Pinatubo in the Philippines in 1991 sent tens of millions of tons of sulphur dioxide into the stratosphere. By reflecting heat and cooling ocean temperatures, a new study has shown how the eruption masked the worsening effects of industrial pollution on global sea levels during the two decades since.

In 1992, NASA and Japan launched satellite missions to measure sea levels. Pouring over the data from the satellites could lead to the conclusion that global warming is causing seas to rise at a slightly slowing rate of a little more an inch every decade.

“Pinatubo decreased the apparent starting point of sea level,” said John Fasullo, a climate scientist with the National Center for Atmospheric Research and University of Colorado who led the new study. 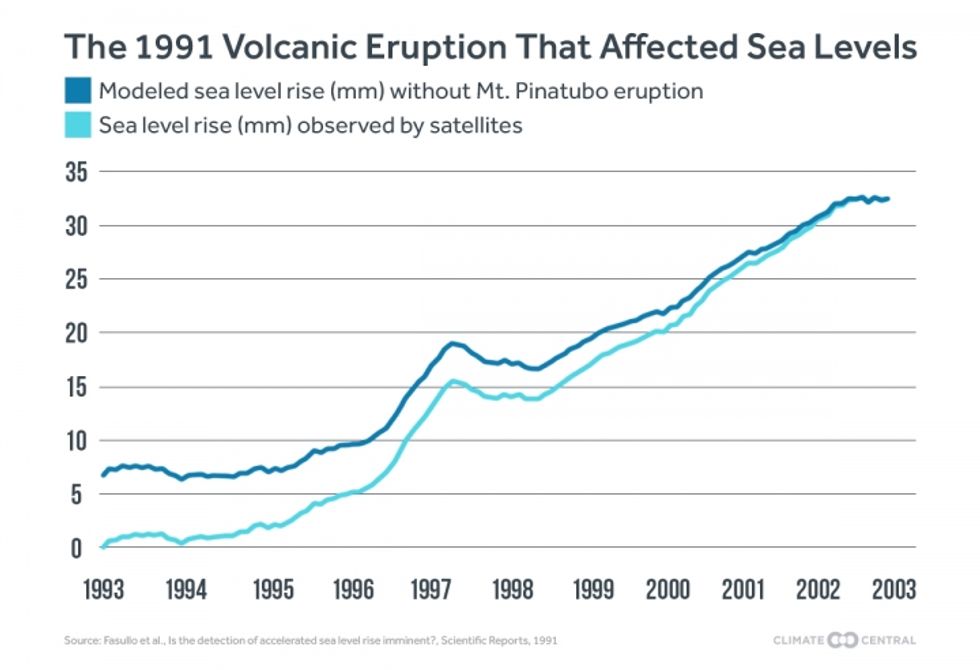 Warm waters expand, which is a major cause of sea level rise, and the researchers concluded that sea levels would have been about a quarter of an inch higher in 1992 had the volcano not erupted one year prior.

In addition to revealing a fascinating effect of one of the most powerful volcanic eruptions in recent history, the findings are a reminder that worsening climate-changing pollution will continue to take a heavier toll on coastal neighborhoods and roads and other infrastructure.

Even the best-case scenarios published by scientists in recent years suggest seas will rise 1 to 2 feet this century, though 4 feet or even more is possible, which would cripple many coastal regions.

“This continued rise is exactly what you'd expect as the greenhouse gas concentration keeps on rising,” Slangen said.

The findings generally confirmed those from previous research, which has used longer-running tide gauges and other sources of data to show that seas are rising at an accelerating clip because of industrial activities.

“When you talk about sea level, there are many factors associated with it,” said Rutgers University professor Ben Horton, who wasn’t involved with the research. “The effect of Pinatubo has been quite long lasting.”

The research helped to precisely quantify how the eruption masked an acceleration in sea level rise that has been caused by fossil fuel burning, deforestation and farming during the two decades since satellite measurements began.

“The first decade of the satellite record shows a larger rate of change than the second decade,” said Aimée Slangen, a sea level change scientist at Utrecht University who was not involved with the new study.

“If you keep in mind that the rate in the first decade is larger than it would have been in the absence of Pinatubo,” Slangen said, “what this (study) means, really, is that there has not been a slowing of sea level rise in the second decade.”