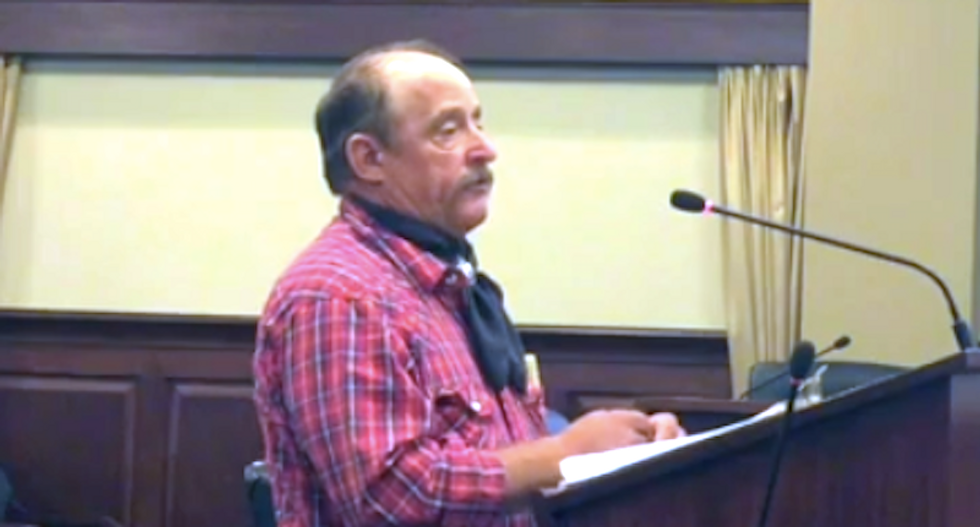 An Idaho faith healer told lawmakers that he would disobey any efforts to force religious families to seek medical treatment for sick or injured children.

Dan Sevy, who was supported by a half dozen other church members, was the first Followers of Christ member to address the sect's faith healing beliefs in a public forum.

“Suffering is real,” Sevy said. “It’s real all over the world and it’s real right here and it’s real personally. And there’s no greater suffering than one that is personal to oneself, whether it be himself or his children, and I as a parent find the suffering of my children far greater than my own."

Sevy said church members' interests were not incompatible with the state's interest.

“We both want to protect the child, so we have no conflict on that point," he said. "It appears that conflict (centers) on the definition of neglect ... If you were to institute state-licensed medical care as the only form of treatment, all else is by definition neglect, then that is unacceptable.”

The 52-year-old Sevy, who raised three of his five children to adulthood, said he and other church members did not want to see anyone suffer, but he disagreed with state Sen. Jeff Siddoway (R-Terreton), who described medicine as one of God's gifts.

“We believe that pharmaceuticals and medicine is a product from Satan," Sevy said. "Proof can be found in one of the lost books of Enoch.”

He also described medicine as "witchcraft and sorcery."

“Those who imbibe in those things will not attain a home in heaven," Sevy said. "That is our belief. We use it to condemn no one but ourselves. Like I said, we respect your choice and your belief, and hope the very best for you."

"If the statute is changed, I’ll not change anything I do," said Sevy, who has one grandchild.

A task force appointed by the governor last year found two child deaths in the state were the result of families withholding medical treatment for religious reasons.

The interim committee will continue meeting this summer, but it's not clear whether they'll submit any recommendations before next year's legislative session.

Republican lawmakers such as state Sen. Lee Heider (R-Twin Falls) and state Rep. Christy Perry (R-Nampa) have said they're not interested in ending the exemption.

Watch this video report posted online by The Idaho Statesman: