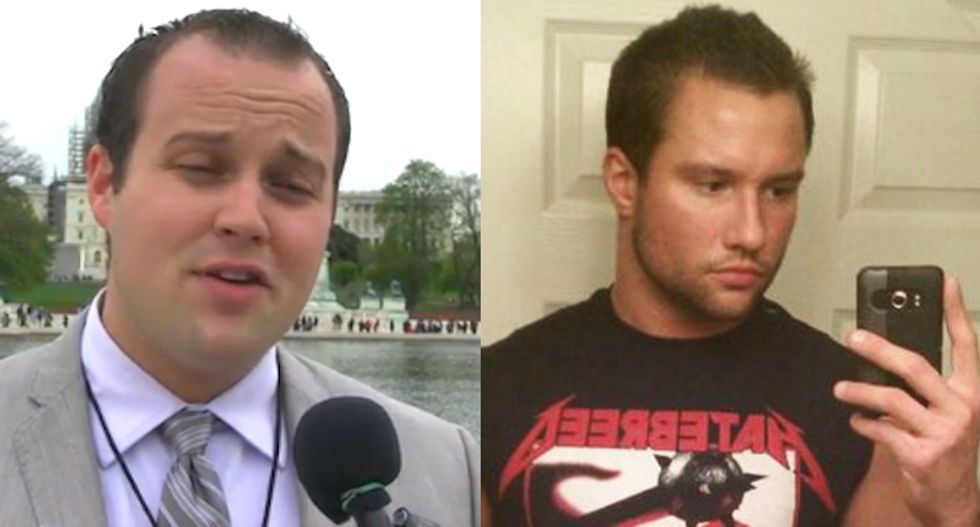 Reality star Josh Duggar is unwillingly back in the headlines again after the man whose face he stole for his Ashley Madison profile filed a lawsuit against him for appropriating his image.

Saying he has been the subject of harassment -- being called 'Duggar's boy toy" since news broke that the Christian TV star used his picture to attract women -- photographer Matthew McCarthy filed suit in California, reports TMZ.

Duggar used McCarthy's image on websites such as Ashley Madison, OKCupid and Twitter while looking for women.

In an interview with Gawker last year, McCarthy said he first became aware of the image theft when he was contacted by a former high school teacher who said she heard he was involved in a sex scandal.

"A teacher of mine from high school messaged me on Facebook, who I haven’t even seen or talked to in year. And she was like, 'Hi Matthew, I hope you’re doing well. I think you’re doing well—but I saw some article, and you’re in the news about some sex scandal...' he explained. "I was just like, 'No, no, no, no that’s—that’s not me.' It was so weird—it’s just kind of crazy to have someone I haven’t spoken to in so long message me about it."

McCarthy is suing for wrongful use of his image and asking for damages.