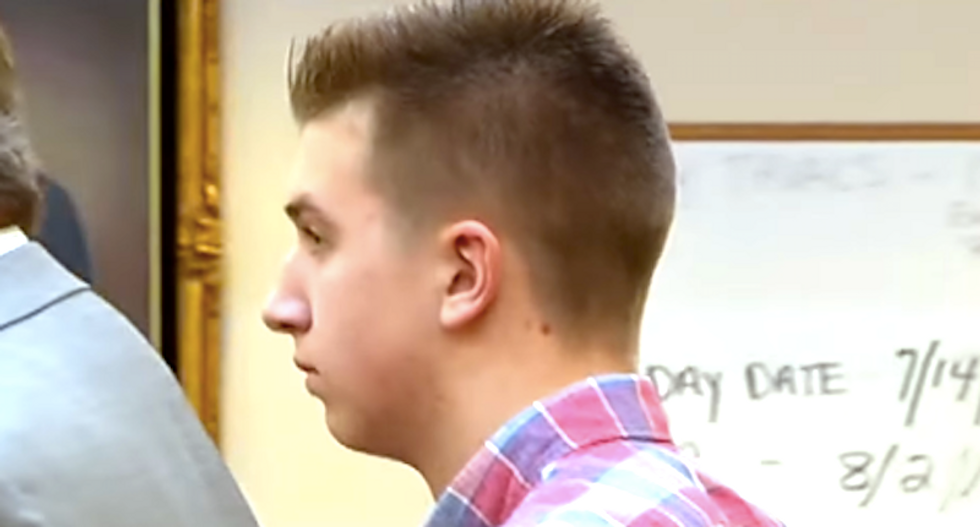 UPDATE: In a statement to MassLive, the University of Dayton said that David Becker will not be attending the school. Becker's attorney, Thomas Rooke, had no comment.

A former Massachusetts high school athlete will avoid serving jail time and registering as a sex offender after he was charged with sexually assaulting two unconscious women at a house party.

David Becker, 18, had been charged with two counts of rape and one count of indecent assault and battery in connection with the April 2 incident after a party in Palmer, reported MassLive.

Palmer District Court Judge Thomas Estes on Aug. 15 ordered Becker's case continued without a finding for two years, and he was sentenced Monday to two years of probation.

During that time, the former East Longmeadow High School student was ordered to avoid drugs and alcohol, submit to an evaluation for sex offender treatment and stay away from the two 18-year-old victims.

Becker, a three-sport athlete at the school, will be permitted to serve probation in Ohio, where he plans to attend college, and will not be required to register as a sex offender.

No conviction will appear on his record if he complies with the terms of his probation.

"He can now look forward to a productive life without being burdened with the stigma of having to register as a sex offender," said his attorney, Thomas Rooke. "The goal of this sentence was not to impede this individual from graduating high school and to go onto the next step of his life, which is a college experience."

A classmate told a school resource officer about a rumor circulating that a high school senior had assaulted two senior girls while they were intoxicated.

The victims told the resource officer they had been drinking while a classmate's father was out of town but stayed to help Becker and the classmate clean up.

Police said the young women went to an upstairs bedroom, where they talked to Becker until they all three fell asleep.

The victims said they awoke to find Becker sexually assaulting them, and he apologized to one of the women by text message the following day.

Becker denied sexual contact with the other victim but said he believed his actions with the first woman had been acceptable because she didn't stop him.

That woman said she had heard Becker had similarly assaulted other girls in the past -- earning him the nickname "David the rapist."

Becker's attorney strongly denied both of those claims and accused the alleged victim of "unjust character assassination."

Police found no evidence of previous sexual assaults, and one of the victims told the court that she did not believe jail time was necessary, and the judge closely followed the sentence recommended by Becker's attorney.

"We all made mistakes when we were 17, 18, 19 years old, and we shouldn't be branded for life with a felony offense and branded a sex offender," Rooke said. "Putting this kid in jail for two years would have destroyed this kid's life."

The sentence comes in the wake of two other controversial sentences for students convicted of sexual assault.

Brock Turner, a 20-year-old former star swimmer at Stanford University, was found guilty of sexually assaulting an unconscious woman outside a party in January 2015, and Judge Aaron Persky ignored prosecutors’ recommended six-year prison term and imposed only a six-month sentence with the possibility of three months off for good behavior.

Austin Wilkerson, a 22-year-old former student at the University of Colorado, admitted to sexually assaulting an intoxicated woman who had rejected his advances.

He was sentenced to two years in jail but will be permitted to leave during the day to work or attend school, and he was ordered to spend 20 years to life on probation.