Kareem Abdul-Jabbar dunks on Kaepernick haters: I question your patriotism -- not his 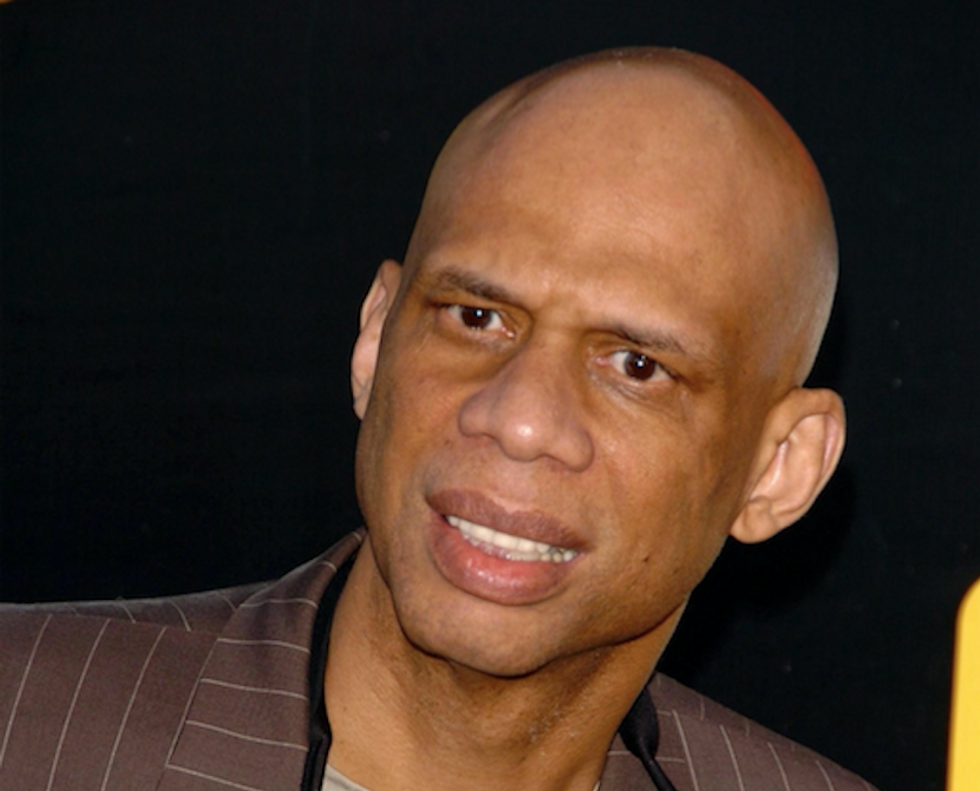 National Basketball Association legend Kareem Abdul-Jabbar said in an editorial for the Washington Post that he questions the patriotism of Americans who are attacking San Francisco 49ers quarterback Colin Kaepernick for declining to stand during the national anthem.

Abdul-Jabber juxtaposed the stories of two athletes, Olympic pole vaulter -- and Army Reservist -- Sam Kendricks and Kaepernick. Kendricks was sprinting toward a leap when he heard the national anthem and stopped in his tracks, standing at attention.

Kaepernick, on the other hand, decided not to stand along with the rest of his team at a football game last week. He explained his actions by saying, "There are a lot of things that are going on that are unjust [that] people aren’t being held accountable for. And that’s something that needs to change. That’s something that this country stands for -- freedom, liberty, justice for all. And it’s not happening for all right now.”

"In truth," Abdul-Jabbar wrote, "both men, in their own ways, behaved in a highly patriotic manner that should make all Americans proud."

"Patriotism isn’t just getting teary-eyed on the Fourth of July or choked up at war memorials," the basketball star and U.S. cultural ambassador wrote. "It’s supporting what the Fourth of July celebrates and what those war memorials commemorate: the U.S. Constitution’s insistence that all people should have the same rights and opportunities and that it is the obligation of the government to make that happen. When the government fails in those obligations, it is the responsibility of patriots to speak up and remind them of their duty."

"One of the ironies of the way some people express their patriotism is to brag about our freedoms, especially freedom of speech, but then brand as unpatriotic those who exercise this freedom to express dissatisfaction with the government’s record in upholding the Constitution," he said.

"We should admire those who risk personal gain in the service of promoting the values of their country. Both athletes are in fine company of others who have shown their patriotism in unconventional ways," he said, recounting a number of protests by athletes, veterans and others.

"What should horrify Americans is not Kaepernick’s choice to remain seated during the national anthem, but that nearly 50 years after [boxing champion Muhammad] Ali was banned from boxing for his stance and Tommie Smith and John Carlos’s raised fists caused public ostracization and numerous death threats, we still need to call attention to the same racial inequities. Failure to fix this problem is what’s really un-American here," concluded Abdul-Jabbar.