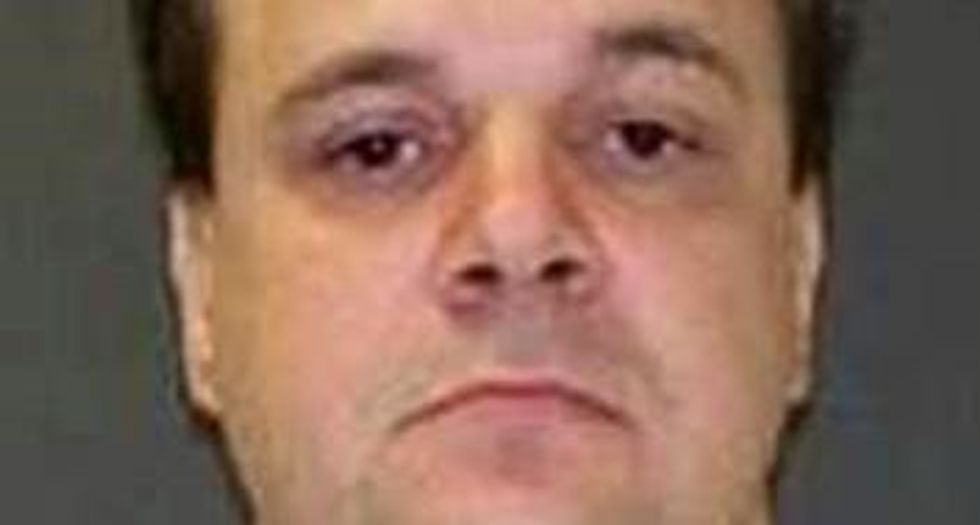 Texas is planning to execute a man next week for a murder he did not commit.

If the sentence were to be carried out, it would mark the first time in the United States that an accessory with so little culpability to a murder was put to death, his lawyer said.

Jeffery Wood, 42, is scheduled to be executed on Aug. 24 by lethal injection. He was convicted of taking part in a 1996 convenience store robbery during which clerk Kriss Keeran was fatally shot.

Wood's roommate at the time, Daniel Reneau, was convicted of pulling the trigger and executed on June 13, 2002.

"I am not aware of a case where a person has been executed with so minimal culpability and with such little participation in the event," lawyer Jared Tyler said in an interview.

"When people think of the death penalty, they think of the worst of the worst," Tyler said. "He was sitting in the truck outside a convenience store when somebody else of their own volition decided to kill somebody."

Tyler said he has filed motions with the state to halt the execution, citing culpability, tainted testimony and mental competency issues.

Ten people have been executed as accessories to felony murder since the United States reinstated the death penalty in 1976, according to the Death Penalty Information Center, which monitors capital punishment. (http://www.deathpenaltyinfo.org/those-executed-who-did-not-directly-kill-victim)

Under Texas' "Law of Parties," a person can be charged with capital murder even if the offense is committed by someone else. "Each party to an offense may be charged and convicted without alleging that he acted as a principal or accomplice," according to the law.

Texas has said that Wood is culpable because he knew the robbery was going to take place. After the killing, he entered the store with Reneau to steal the cash box, store safe and remove a video recorder used for security.