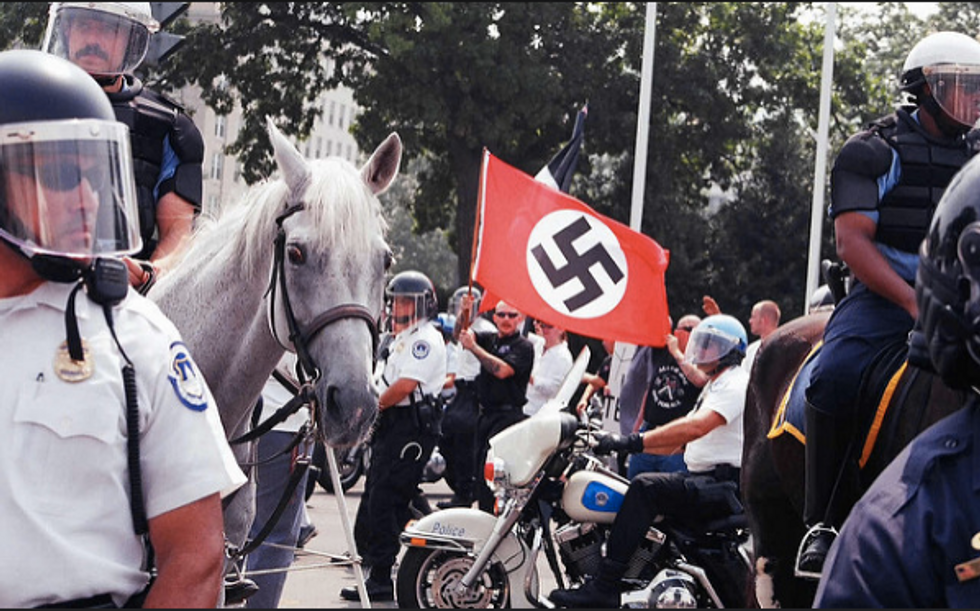 A lawyer hired by the city of Baltimore to defend police officers in court has long-standing connections to a neo-Nazi group, but insists that his "crazy ideas" do not affect his work.

The New York Daily News reported Thursday that attorney Glen Keith Allen is a longtime supporter of the National Alliance, a group the Southern Poverty Law Center calls "explicitly genocidal" and which is characterized as a hate group.

Allen admits he joined the National Alliance because, "I was in the U.S. Army from 1978 to 1982 and I had some pretty awful experiences with black people there, to be honest.”

While he is not currently involved in the Freddie Gray case, Allen has defended the Baltimore Police Department in court, notably in a current lawsuit brought by Sabein Burgess, a black man says he was wrongfully convicted and spent 19 years in prison before being released in 2014.

The SPLC said that Burgess alleges the police withheld exculpatory evidence that would have prevented his conviction for a crime he did not commit.

According to his lawsuit, "Mr. Burgess was convicted after the police withheld and fabricated evidence. In particular, the Defendants concealed statements of the victim’s son revealing that he had seen the offender and it was not Plaintiff. Rather than search for the real killer, the Defendants instead fabricated gunshot residue ('GSR') evidence falsely inculpating Plaintiff in the crime.”

In spite of Allen's insistence that he left the National Alliance in the 1980s, he was still paying membership dues in 2003. The 65-year-old attorney also attended a Holocaust-denial conference in 2007, but denies that his views affect his work for the city in any way.

“I have an unblemished record in 30 years of practicing law...I have the highest ethical standards and zealous representation of my client, and that’s what I’ve been doing for the city,” he told the Daily News.

The Anti-Defamation League said that the National Alliance "dehumanize(s) both blacks and Jews, depicting them as threats to 'Aryan culture' and 'racial purity.'"

Federal Election Commission (FEC) documents show that Allen is a donating member of the American Eagle Party, a fringe right group led by a man named Merlin Miller who says that Israel planned the 9/11 attacks in cahoots with the U.S. government.

"Should I be fired from the city of Baltimore because I have crazy ideas about 9/11?" Allen said.