London cops stop violent attack on officers without using guns: 'Imagine if this happened in America' 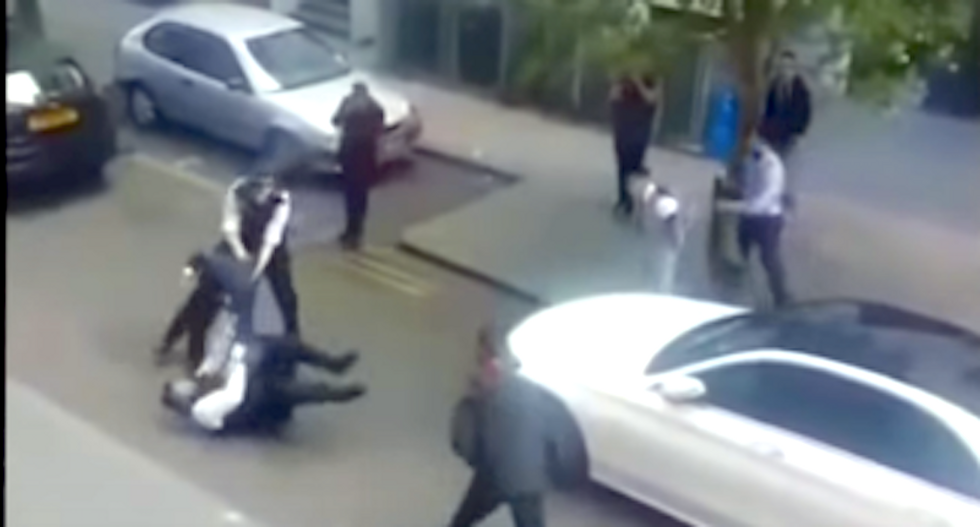 A video showing British police officers brawling with a group of unruly men shows how violent attacks can be stopped without gunfire or even serious injury.

The video shows officers arguing with a group of increasingly aggressive men during a traffic stop in London, reported the Independent.

The men surround the officers as they try to remove two friends from police custody, and then a fight breaks out.

One officer is pulled to the ground during the fracas, and police use chemical irritant spray to subdue the men until backup arrives.

Online commenters at Reddit noticed how the officers were able to take the assailants into custody without shooting or seriously harming anyone.

“Imagine how differently this would have been if this happened in America,” said one Reddit user.

Another commenter pointed out that police even warned the men they would use chemical irritant despite the lengthy scuffle.

“Top of Form British police officers making American police officers look unprofessional, as usual – after 5 minutes of scuffle, the police STILL warns the guy ‘One more step and I will spray you.’ Nobody got seriously hurt that day,” the Reddit user said.

Two of the police constables were treated for minor injuries, and four of the men were arrested on a variety of charges, including assault on police.