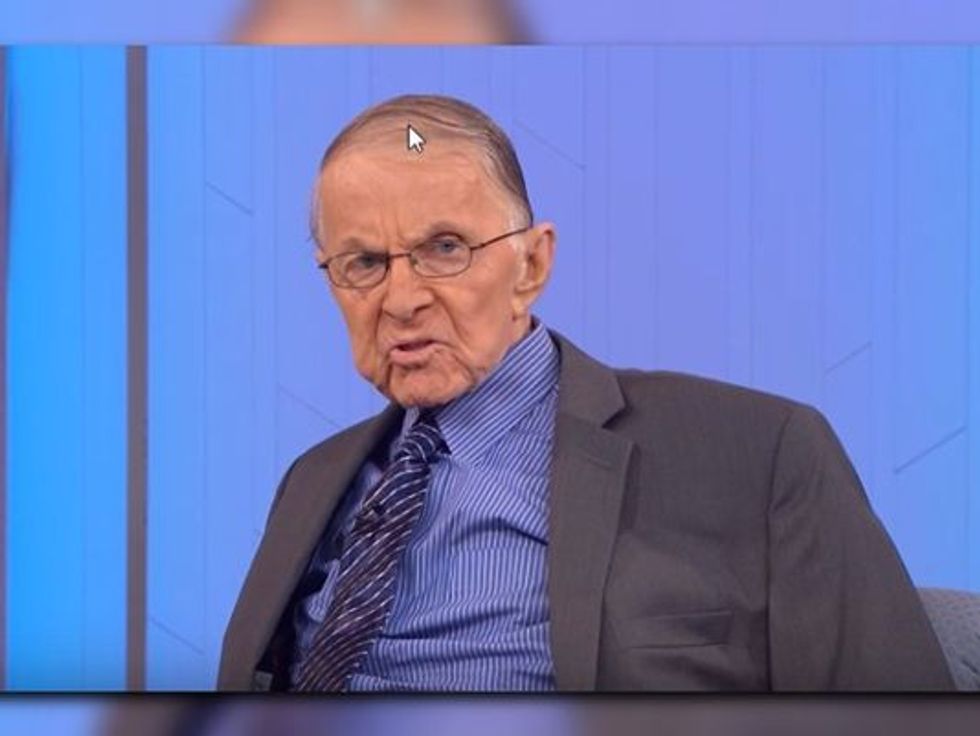 "The McLaughlin Group" announced the death on Facebook but gave no details about the cause or where McLaughlin died.

"Now he has said bye bye for the last time, to rejoin his beloved dog, Oliver, in heaven. He will always be remembered," it said.

McLauglin, a former speechwriter for Republican Presidents Richard Nixon and Gerald Ford, launched "The McLaughlin Group," which featured a roundtable discussion of current events among panelists, in 1982.

The show is carried by CBS-owned stations and public television stations. An interview show, "John McLaughlin's One on One," ran from 1984 to 2013.

McLaughlin was born in Providence, Rhode Island, and was ordained a priest in 1959. He held two master's degrees from Boston College, and a doctorate in philosophy from Columbia University.

He ran for the U.S. Senate from Rhode Island as an anti-Vietnam War Republican in 1970, losing to incumbent Democrat John Pastore. McLaughlin left the Jesuit order in 1974.

From 1989 to 1994, McLaughlin produced and hosted "McLaughlin," a nightly talk show on CNBC. He was Washington editor and columnist for the National Review from 1981 to 1989.