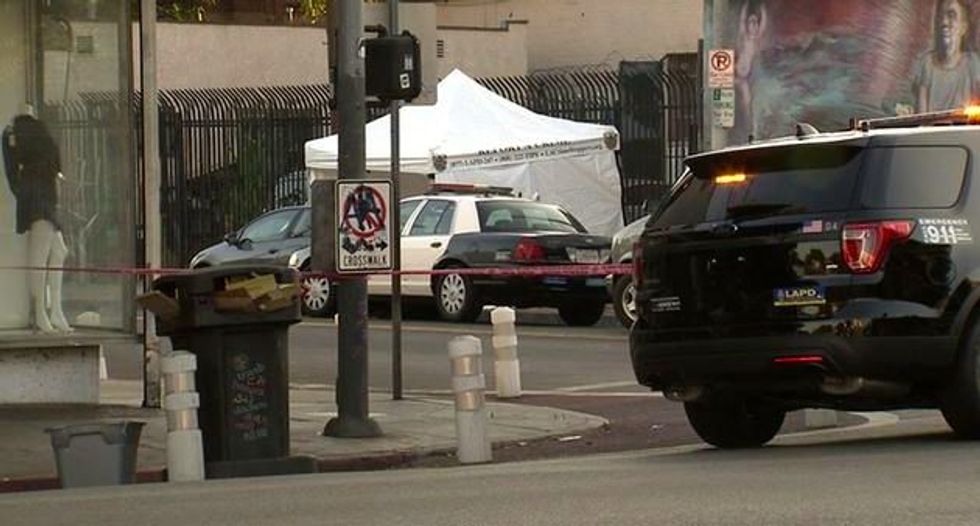 A suspect shot to death by Los Angeles police officers during a foot chase this week was a 14-year-old boy, a spokesman for the Los Angeles County Coroner said on Wednesday.

Ed Winter, assistant chief of the coroner's department, identified the slain boy as Jesse James Romero, 14. An autopsy was scheduled for Wednesday, Winter said. Romero would have turned 15 on Aug. 24.

A Los Angeles Police Department spokeswoman said two gang enforcement detail officers were in pursuit of a "male Hispanic with a gun" in the city's Boyle Heights neighborhood shortly before 6 p.m. on Tuesday when one of them shot the suspect, who was pronounced dead at the scene.

The spokeswoman said a handgun was recovered but she could not say why the officer had opened fire. Los Angeles Police Department scheduled a press conference for Wednesday morning.

The Los Angeles Times reported that the officers involved had been wearing body cameras but it was unclear whether that footage had been reviewed.

Local TV images showed investigators at the scene of the shooting, which was cordoned off with yellow police tape, and a makeshift memorial of candles and flowers arranged near the spot where Romero was slain.

Police departments across the country are under increased scrutiny over fatal shootings, especially of young men, which have re-ignited a debate over the use of lethal force by officers and the role of racial bias in the U.S. criminal justice system.