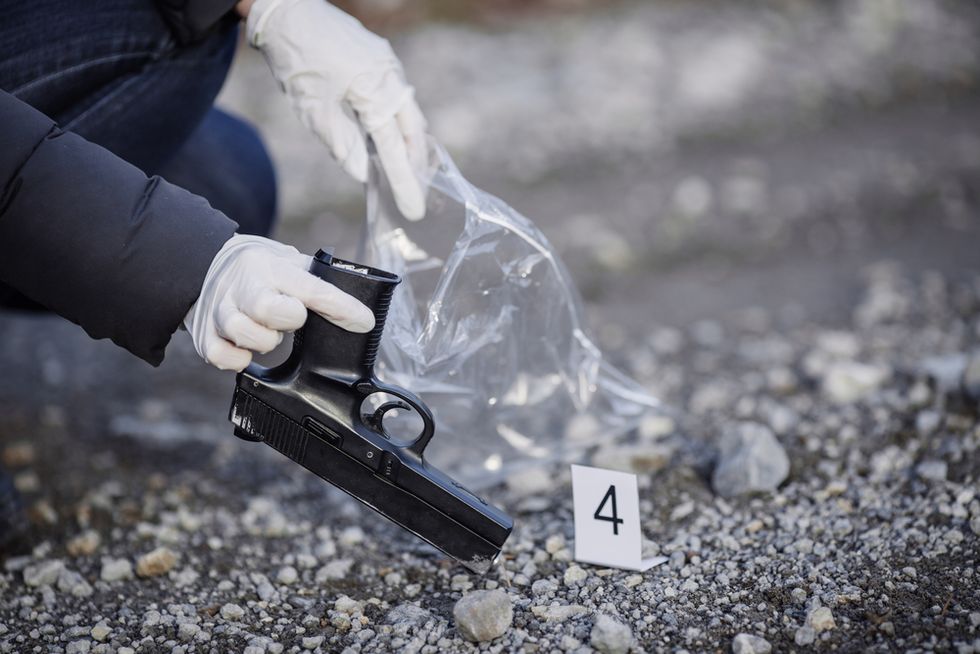 A Louisiana sheriff's department hid a gun which was a key piece of evidence in the murder trial of a black man and later falsely claimed that court documents pertaining to the weapon were lost in a flood during Hurricane Katrina.

The Daily Beast reported Tuesday on the case of Arizona Batiste, a Reserve, Louisiana man who was sentenced to prison in the 1993 shooting death of Leonardo Alexander.

Batiste always maintained that he shot Alexander in self-defense on Dec. 20, 1993. On the night of the shooting, friends approached Batiste and told them that Alexander was selling items he had stolen from Batiste's home.

When confronted, Alexander reportedly became belligerent. Batiste went to his aunt's home to call his mother and see if she was missing several items that where in Alexander's possession. Alexander followed him inside, angrily shoving his way through the door.

“He walked in our trailer with a gun,” said Batiste's cousin Danielle Perriloux to sheriff's deputies on the night of the shooting.

The altercation spilled into the yard. Alexander reportedly produced a gun and pointed it at Batiste's head, at which point Batiste took a shotgun that his friend was holding and opened fire, killing Alexander.

In a panic, Batiste flagged down a passing vehicle driven by his friend Jerry Lewis. Batiste flung two guns -- the shotgun and Alexander's pistol -- into the car's back seat and told Lewis to get rid of them.

“I didn’t really see what it was,” Lewis told police the next day. “I looked down and I see the gun and I fuckin' freak and I just drive off.”

Lewis and a friend threw Alexander's blood-covered pistol into a canal in Kenner, LA, about 10 miles outside of New Orleans. The friend -- who Lewis knew only as "Glenn" -- took the shotgun.

Police divers went to the canal and searched but Lewis said they told him they never found anything.

From the beginning, sheriff's department officers and officials expressed skepticism about Alexander's gun. They accused the witnesses at the scene of making the story up to aid Batiste. Their documents around the case make no mention of the pistol and claim that Lewis told them that he only received one gun.

However, last fall when Batiste's appeals attorney Gwyn Brown made a public records request, she found a faxed report that was never introduced at Batiste's trial. It listed a gun recovered during the investigation. The gun was a match for Alexander's and the fax said the St. John the Baptist Parish sheriff was holding on to the gun "for safekeeping."

Brown inquired about the weapon and was told the sheriff's department still had the gun in custody. The attorney appealed for a new trial and the sheriff's office immediately began to stonewall.

The Daily Beast made repeated requests for the case files, meeting with denials and bureaucratic obstacles. When they finally received the documents, large swaths were missing, including any mention of the recovered handgun.

When the publication asked the sheriff's department where the missing documents were, they were told that the files had been stored in a trailer that was destroyed during Hurricane Katrina in 2005.

A bit of detective work, however, showed that St. John the Baptist Parish was relatively untouched by the worst of Katrina. No parts of the county flooded and in fact the area served as a staging area for rescue and recovery efforts.

"In our parish there was no loss of life, no flooding, and no looting,” said the sheriff's office annual report from 2005 (PDF). “Power outages inconvenienced us all but thankfully damage was mostly limited to roofs. Downed limbs and trees did destroy a few residents’ storage buildings.”

“Our department came through Katrina with very few problems,” the document said.

The main detective on Batiste's case, Allan Wayne Schaeffer, has died since the investigation took place, but his record is littered with reports that he often operated under fake names and "was accused of sexual assault and abuse by five different women and pled guilty to lesser charges in 2008."

Batiste is filing for post conviction relief. He says he was not competently represented over the course of his trial. Court documents indicate that prosecuting attorneys had some knowledge of the second gun, but it was never introduced to the court. If defense attorneys knew, they never brought it up during the trial.

At a hearing on May 19 of this year, Richard Millet -- one of Batiste's attorneys from the original trial -- said, "I did not know about the existence of a gun, other than the shotgun."