Matt Drudge just made his most ridiculous Clinton claim to date 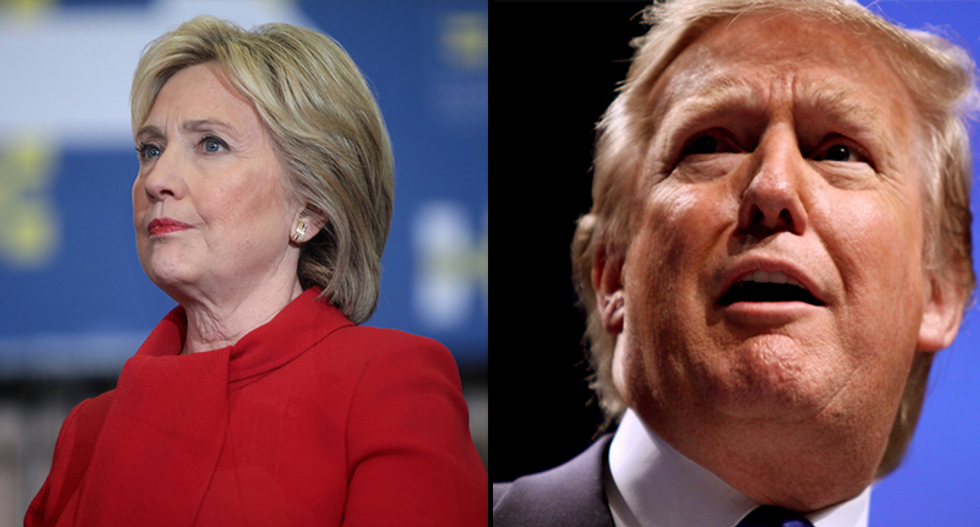 As First Lady, Hillary Clinton famously said, "If I want to knock a story off the front page, I just change my hairstyle." Though it's doubtful she meant that the way the conservative Drudge Report is claiming on its front page, Monday morning. 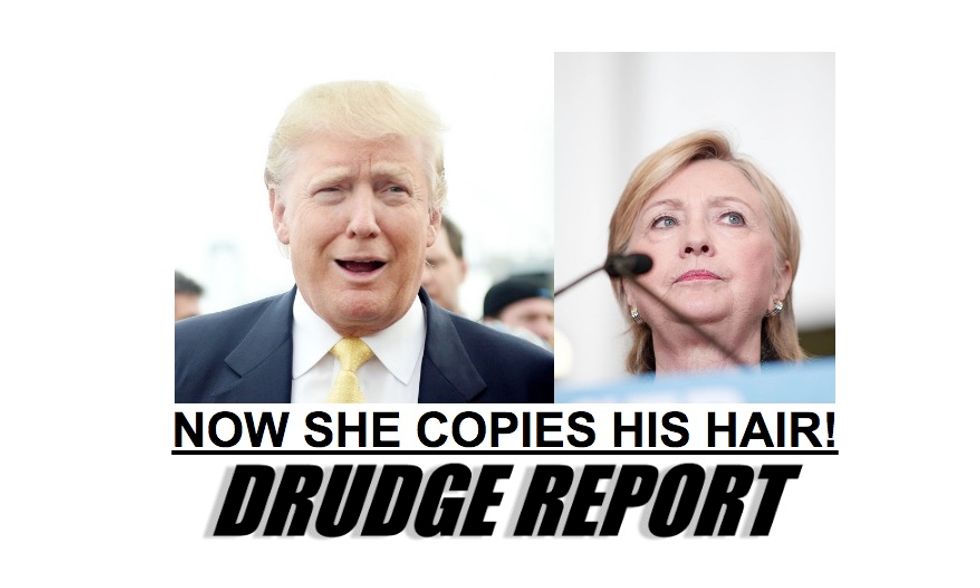 Clicking the story takes you to a tweet from Drudge claiming, “After shifting policies to mirror Trump... now she copies his hair!” complete with a photo of the two candidates. 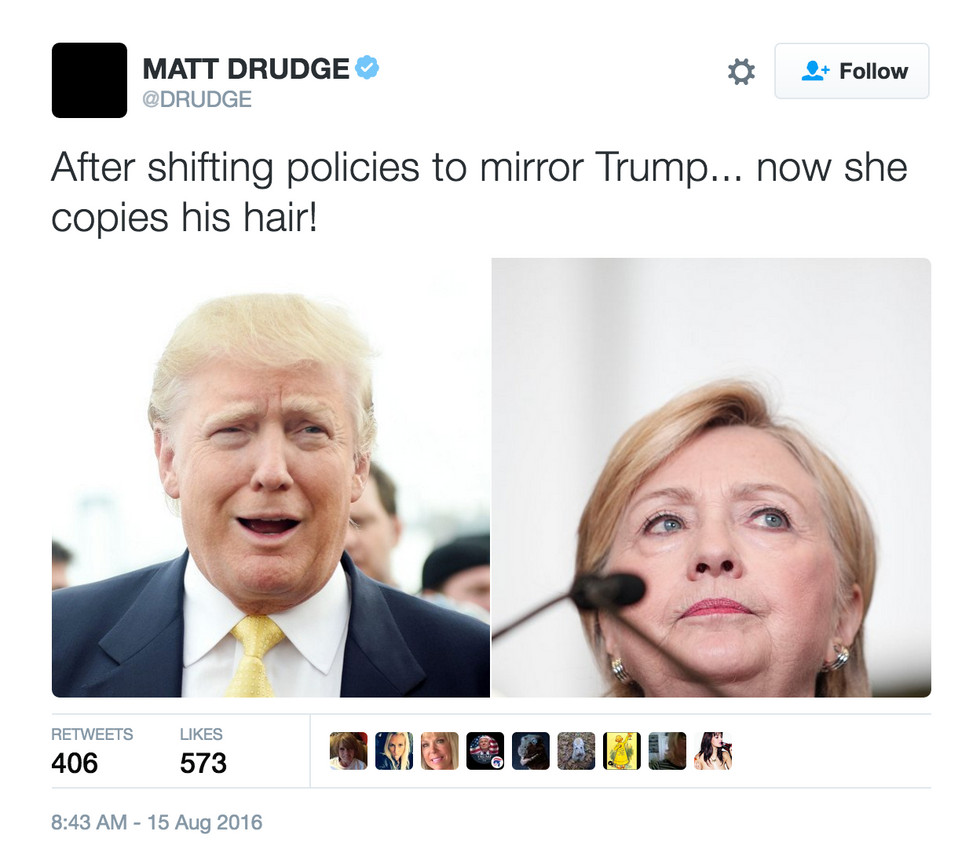 Conservatives claim that Clinton is beginning to steal some of Trump's positions. After Trump gave an economic policy speech last week, Clinton also gave an economic policy speech. Trump accused Clinton of adopting his position on the Trans-Pacific Partnership, demanding to raise tariffs on countries that break trade laws and tripling the number of trade enforcement officers to ensure rules in place under NAFTA are being followed.

But according to Clinton's uploaded videos, she's been talking about the tariff problem since at least April. She also admitted a change in policy as early as 2014 in her book Hard Choices. Trump never mentioned trade enforcement officers, rather he said he wants to cut to the trade agreement entirely.

As for the issue of hair, Clinton has spent 30-plus years as a woman in politics, where questions about her appearance are just as common as questions about issues. But for the first time, her male opponent has drawn mockery for his appearance too and Clinton has been more than happy to play into the jokes on the GOP nominee's hair. When it comes to the media's fascination with the size of Trump's hands, a recent investigation finally revealed that they are below normal in size.