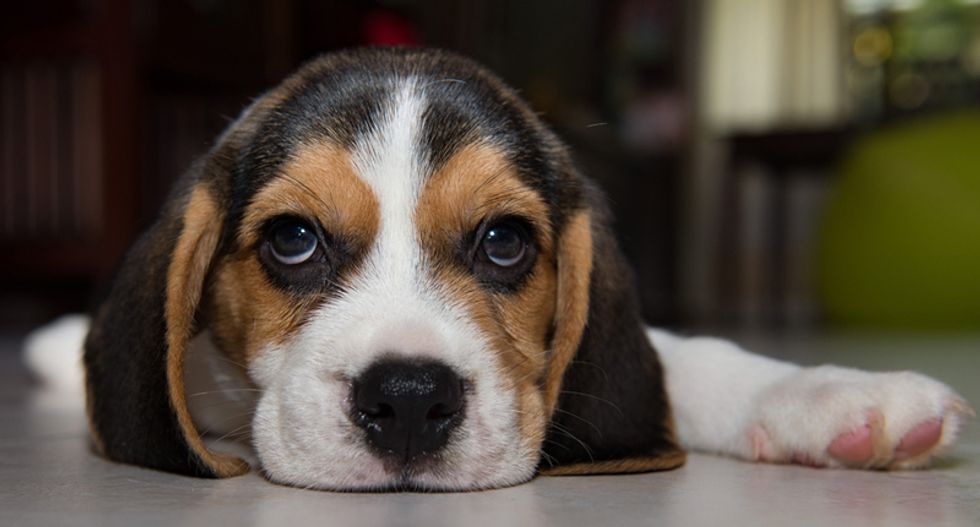 Four researchers at the University of Missouri-Columbia are under fire after they killed six beagle puppies after first blinding them and then being unable to return their sight with a drug therapy they are working on.

According to the Riverfront Times, the fate of the six pups -- ages nine to twelve months -- was revealed in a research paper published in the 2016 Journal of Veterinary Ophthalmology.

According to the paper, the researchers blinded the dogs by damaging their corneas and when they were unable to restore their sight with an experimental drug treatment, the dogs were killed.

Kolde also noted that the researchers knew their study was doomed to failure because the sample was size was too small by their own admission before going ahead with the six pups.

"Prior to study initiation, a power analysis was performed and it was determined that 12 animals per group would be required to detect a clinically significant difference in healing rates." their paper stated "a study size of 24 dogs was deemed impractical given concerns of animal resources for this pilot study."

A spokesperson for the university defended their actions, invoking not only the need to research methods of restoring eyesight, but making an appeal to patriotism.

"Without animal research, we would not be able to answer some of the most important medical questions," Mary Jo Banken, a spokeswoman for the university stated in an emailed statement. "Researchers at the University of Missouri are working to develop painless or non-invasive treatments for corneal injuries to the eyes of people and dogs, including search and rescue dogs and other service animals."

"Since dogs share similar eye characteristics with people, they are ideal candidates for corneal studies, and veterinarians have provided vital information to physicians and veterinarians treating corneal injuries – which ultimately benefit other dogs, animals and humans, including many of our U.S. veterans who have sustained corneal injuries while defending our country," she continued.

According to the spokesperson, "The animals were treated humanely and every effort was made to ensure dogs were as comfortable as possible during the tests to study the effectiveness of the new drug treatment."

Kolde, from the Beagle Freedom Project, said he has been keeping an eye on the research done on the dogs at the university and had previously sought records relating to the care of beagles, which the school is required by law to maintain.

According to Kolde, the university said it would make them available to him for over $82,000 -- the Riverfront Times also reported -- or approximately $7 a page.