More Americans are taking antibiotics meant for animals to save money: study 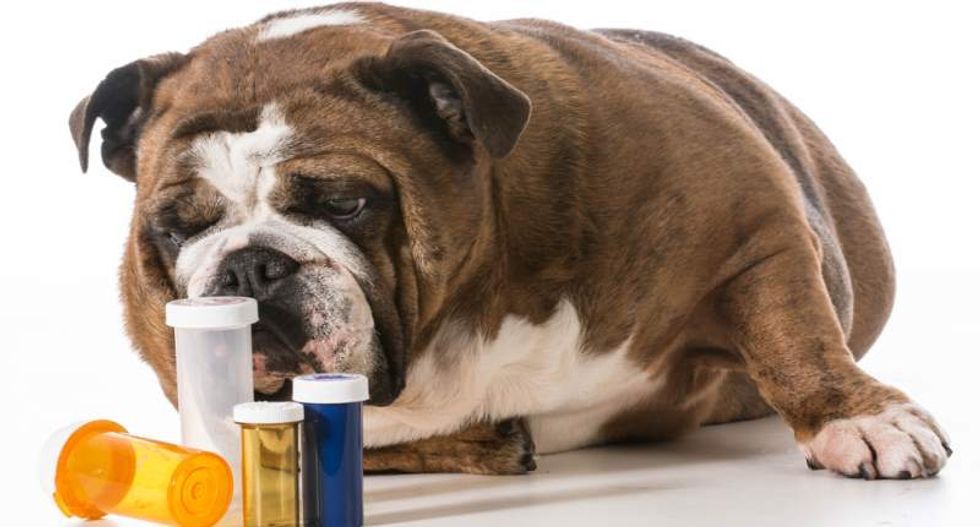 A new study revealed the lengths people will go to to take needed antibiotics without a prescription -- in some cases taking them from their pets, CNN reported.

"We metabolize things differently than animals do, and these drugs are formulated for animals," said Barbara Lautner, who co-authored the study published in the journal Antimicrobial Agents and Chemotherapy.

The study, which surveyed 400 respondents in Houston, tracked how they acquired the medications, with 24 percent saying they bought their antibiotics outside the country, 20 percent citing friends or relatives as their source, 12 percent saying they conserved their antibiotics from prior prescriptions. CNN noted that four percent of respondents voluntarily stated that they used drugs that were originally prescribed to animals, a response that was not among the options listed on the survey.

The respondents reportedly came from diverse social backgrounds, in response to past reports focusing on Latino immigrants' antibiotic use.

"The problem of non-prescription use is not confined to Latino communities," the study's abstract read. "Community antimicrobial stewardship must include a focus on non-prescription antibiotics."

Forty percent of respondents said that they were able to buy antibiotics in the US without a prescription.

"We thought that was some other country's problems, not ours," said another one of the study's authors, Larissa Grigoryan. "That was an additional surprise."

Twenty-five percent of the people surveyed said they planned to take antibiotics without a doctor's approval "at some time in the future." Another 5 percent said they had already done so within the past year.