Mother of disabled girl shames air passenger who shouted 'Shut that child up!' at her family 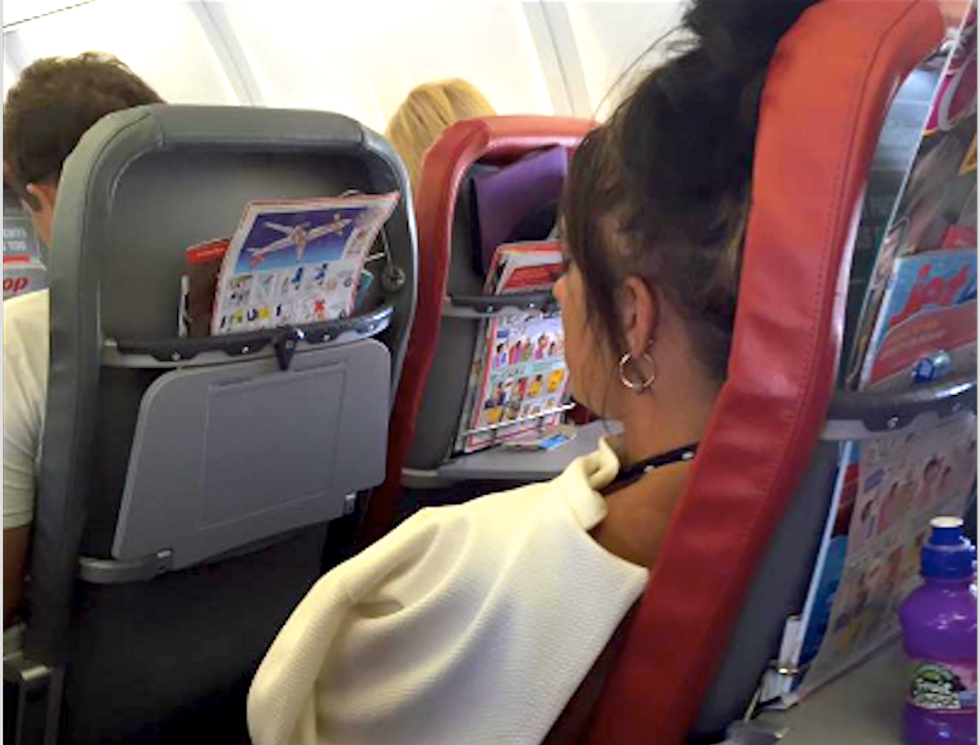 A passenger on a flight from Ibiza, Spain to Manchester, England did not take kindly to a woman shouting "Shut that child up!" at her because of her disabled daughter.

Metro UK said on Tuesday that Nicola Colenso posted on Facebook about the experience of trying to travel home with her daughter Yasmin, 8, who struggles with Sturge-Weber syndrome -- a genetic disease that affects the brain, eyes and skin.

"Dear Lady on the Manchester bound flight from Ibiza yesterday," wrote Colenso -- who was returning from a vacation with her four children and partner Rick Murray.

"We are sorry our daughter stopped you from getting your beauty sleep but clearly she was having a meltdown and was not feeling 100%. As you felt the need to turn round and ask us to 'shut that child up,' this didn't help her anxiety levels or ours in trying to manage the situation."

Colenso wrote that she explained to the woman that her daughter is autistic and has seizures, meaning that she sometimes can't control the disturbance she causes. She went on to suggest that airline personnel could relocate the angry woman to a seat further away from the family.

"This resulted in you repeating that you were 'sick of the noise and can't you just shut her up!' You continued to be abusive and publicly called her Daddy a 'PRICK' in front of her and her other 3 siblings," the mom recounted.

"I hope social media helps for this post to find you to let you know that same little 8 year old girl ended up being taken to hospital by ambulance that evening as she became seriously unwell," Colenso admonished. "Maybe you managed to get a good night sleep?"

She concluded with a series of hashtags, "#disabilityawareness #epilepsyawareness