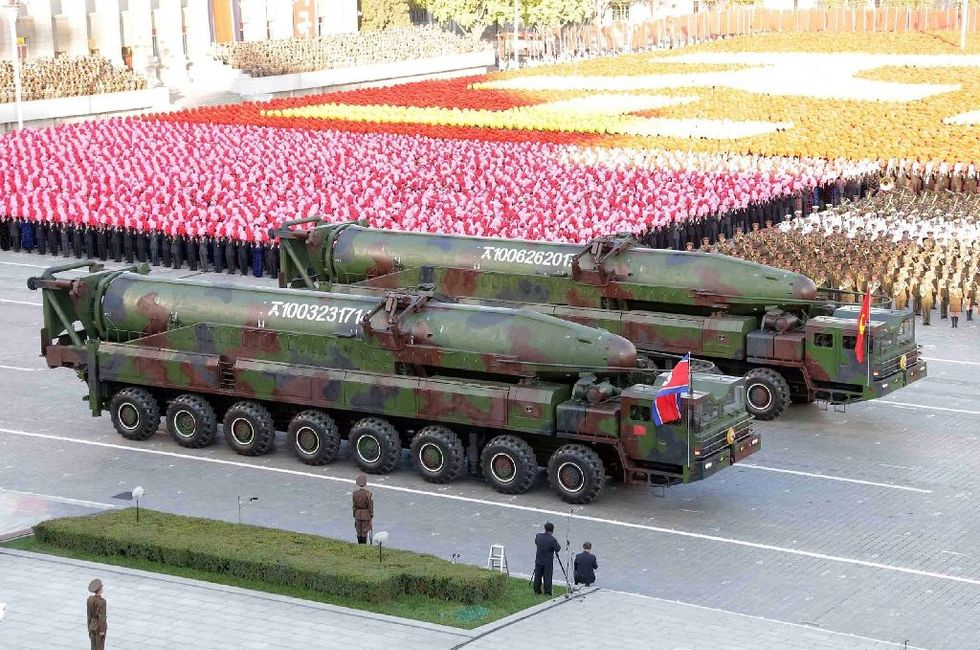 North Korea has accused Washington of planning a pre-emptive nuclear strike, after the US announced it would deploy its B-1 bomber in the Pacific for the first time in a decade.

The strategic aircraft were to be deployed on Saturday on the US island of Guam, the US military said last month, describing the operation as a routine rotation with the B-52 bomber.

Tensions have been running high since North Korea carried out its fourth nuclear test in January, followed by a barrage of missile launches that this month reached Japanese waters directly for the first time.

Pyongyang accused Washington of "becoming all the more pronounced in their moves to topple down the DPRK by mobilizing all nuclear war hardware," using North Korea's official title.

"The enemies are bluffing that they can mount a pre-emptive nuclear strike on the DPRK by letting fly B-1B over the Korean peninsula within two-three hours in contingency," said an English-language statement on state media.

"Such moves for bolstering nuclear force exposes again that the US imperialists are making a pre-emptive nuclear strike on the DPRK a fait accompli."

North Korea has threatened "physical action" over the planned deployment of a sophisticated US anti-missile system in South Korea, known as THAAD.

Tensions on the divided Korean peninsula are also building ahead of an annual South Korea-US military exercise later this month.

On July 29, the US Air Force said it would upgrade its hardware on Guam, a US territory in the western Pacific, by sending the B-1 for the first time since April 2006.

"The B-1 will provide US Pacific Command and its regional allies and partners with a credible, strategic power projection platform," it said in a statement.

Pyongyang has repeatedly warned it may carry out pre-emptive nuclear strikes against the South and US targets, domestic and abroad. Ultimately, the North wants to be able to strike on the continental US.

The secretive state, led by supreme leader Kim Jong-un, warned Saturday it would respond to any aggression by reducing the US to a "sea of flames".

"The ever-mounting moves of the US imperialists to ignite a nuclear war are pushing the situation on the Korean peninsula into the uncontrollable and catastrophic phase," said the KCNA statement.