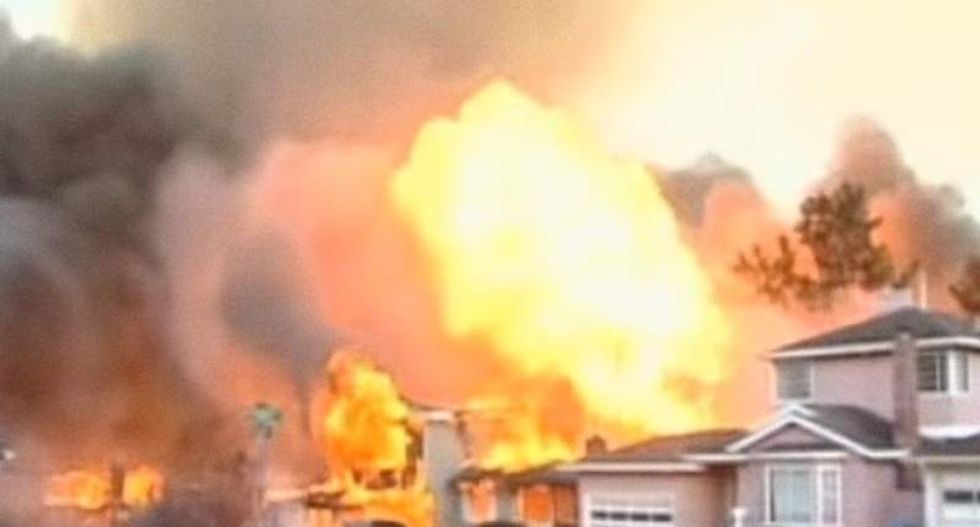 Fire shoots into the sky after a gas line explosion in San Bruno, California in 2010. (CBS News)

Pacific Gas and Electric Co was found guilty on Tuesday of several federal charges stemming from a natural gas pipeline explosion in California that killed eight people and injured 58 others in 2010, a U.S. Justice Department spokesman said.

The utility was found guilty on charges of obstructing an investigation and violating safety regulations leading up to the deadly blast in San Bruno, a city of about 41,000 just south of San Francisco, according to spokesman Abraham Simmons.

Bloomberg reported that the utility would face a fine of no more than $6 million. A representative for the Justice Department could not be immediately reached to confirm the figure.

A representative for PG&E said they would issue a statement but had no immediate comment.

The U.S. Attorney's Office accused PG&E of knowingly relying on "inaccurate or incomplete" infrastructure management records and failing to investigate its high-pressure natural gas pipelines after potential hazards had been identified, according to court records.

The California Public Utilities Commission in 2015 levied a $1.6 billion fine against PG&E over the blast and other issues. The fine ranks as its largest ever safety-related penalty, dwarfing a $38-million fine for PG&E over a 2008 natural gas explosion in the city of Rancho Cordova.

Shares of PG&E were unchanged after the verdict.