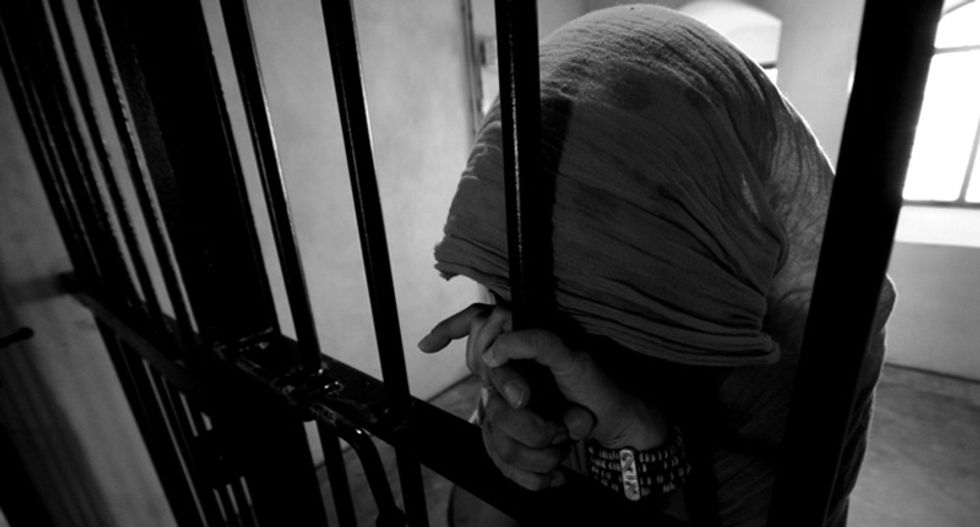 Saying "Who could I tell? " a woman is coming forward to discuss the six months of hell she endured in a California state prison at the hands of a guard who was inexplicably assigned to oversee female inmates even though he had a history of sexual assault.

In an interview with the Guardian, DeEtta Williams went into horrifying detail over the sexual abuse she claims Officer Michael Ewell subjected her to during her stay in the California Institution for Women. Williams currently has a federal lawsuit pending against the officer and the state Department of Corrections.

According to the 45-year-old Williams, she now requires medication and sees a therapist in order to cope with the anxiety created after months of rape, sexual abuse and threats against her family by the officer.

“I still have nightmares and panic attacks. I take medicine twice a day for my anxiety and my post traumatic stress. I don’t know if it will ever get easier," she explained.  "It’s still fresh. Maybe someday I’ll be able to block it out, but now I can’t. And because he knows so much about me, I wonder if he’ll come after me."

According to her lawsuit, "Officer Ewell had a history of sexually assaulting women, a history well known to CDC,” adding that Ewell was accused of sexually assaulting “a fellow CDC officer, [and] was inexplicably transferred to a women’s prison. He was assigned his own unit to supervise, giving him unfettered access and power over the female prisoners in his unit”.

Williams says that Ewell was attracted to her and initially made crude comments as well as taking photographs of her while she was showering. He later had her transferred to a job cleaning the guards’ office and small bathroom where he would then press himself up against her, grope her and force her to kiss him.

She contends on Valentines Day 2014, Ewell cornered her when no one was around before choking her and forcing her to perform oral sex on him, after which he masturbated.

After that, Willams claims, the abuse grew worse on an almost daily basis, with Ewell raping her, choking her and threatening her children if she didn't comply.

“The worst day was every day that I had to get up and face him,” Williams explained. “Who could I tell? Once I was violated, I didn’t feel safe. Being violated by your peers is one thing. You expect it in prison. Being violated by staff, by someone in authority, it takes a whole different turn to everything. At that point, who do you go to? Another staff? There’s no protection there. Everything goes out the window.”

Williams claims that she eventually broke down before seeing Warden Kimberly Hughes and detailing the horror she was enduring -- and that Hughes listened and took action.

“When I was talking to her about it, I lost it,” Williams stated. “It was in a conference room in segregation. I was yelling. I was screaming. I told her it was her fault. I told her she knew everything that was going on in the prison ... I blamed her for everything, and her staff. I got her attention. She took action.”

According to Williams, Hughes had her transferred to a single cell and had an investigator look at a journal that Williams kept that “had the dates of everything that happened.”

A hearing on Ewing was later held by the state personnel board at which Williams testified, and two months later the guard was fired.

According to the Guardian, Ewing now lives in Moreno Valley and has not responded to phone calls or emails requesting a comment.

No criminal charges have been filed.