‘Prison would not do this kid any good’: No trial for tennis star who sexually abused autistic teen 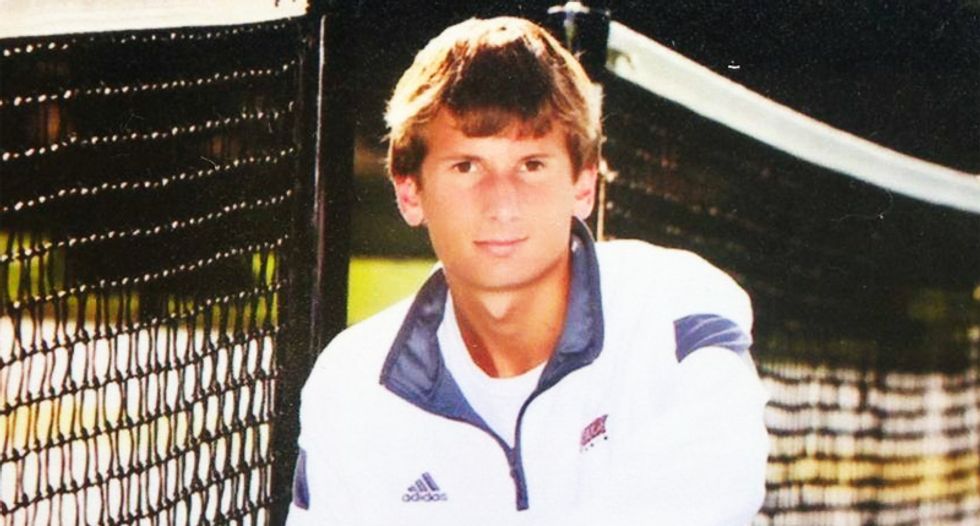 A former high school tennis star will escape jail after prosecutors offered him a plea deal following charges he sexually assaulted a mentally ill woman he met through an online dating service.

According to the Des Moines Register, Nicholas Fifield, 18, was scheduled for a court date on Aug. 18 to face a felony charge of third-degree abuse of a person "suffering from a mental defect or incapacity, which precludes giving consent."

On the criminal complaint, authorities state that the unidentified woman has clinical diagnoses of mild mental defectiveness, autism, and alcohol and drug-related birth defect syndrome. She also suffers from PTSD, a language disorder that makes communication difficult and a major depressive disorder with that produces brief reactive psychotic episodes.

Authorities state the then 17-year-old Fifield met the 18-year-old woman via the Internet and received permission from her parents and staff at the Des Moines group home where she lives to take her out on a date to see a movie last December.

Instead he brought her back to his home and sexually assaulted her despite the fact that she told him "no" several times, according to the police report.

Fifield's case may not have made news if weren't for parents of other teens at his high school who questioned the fact that he was only suspended for  one tennis meet after being arrested, saying students who had been caught drinking suffered heavier suspensions.

Under terms of the proposed deal, Fifield will plea to a lesser charge of assault with intent to commit serious injury, but admit no guilt. Prosecutors are expected to agree to probation.

Polk County Attorney John Sarconne defended the plea deal stating, there are "two people with a lot of issues between them," before adding, "prison would not do this kid any good."

Sarconne's comments echo the decision by Judge Aaron Persky to give a slap on the wrist to swimmer Brock Turner after he sexually assaulted an unconscious woman on the Stanford campus.

Fifiled will be sentenced Oct. 12 following a mental evaluation and pre-sentencing investigation.