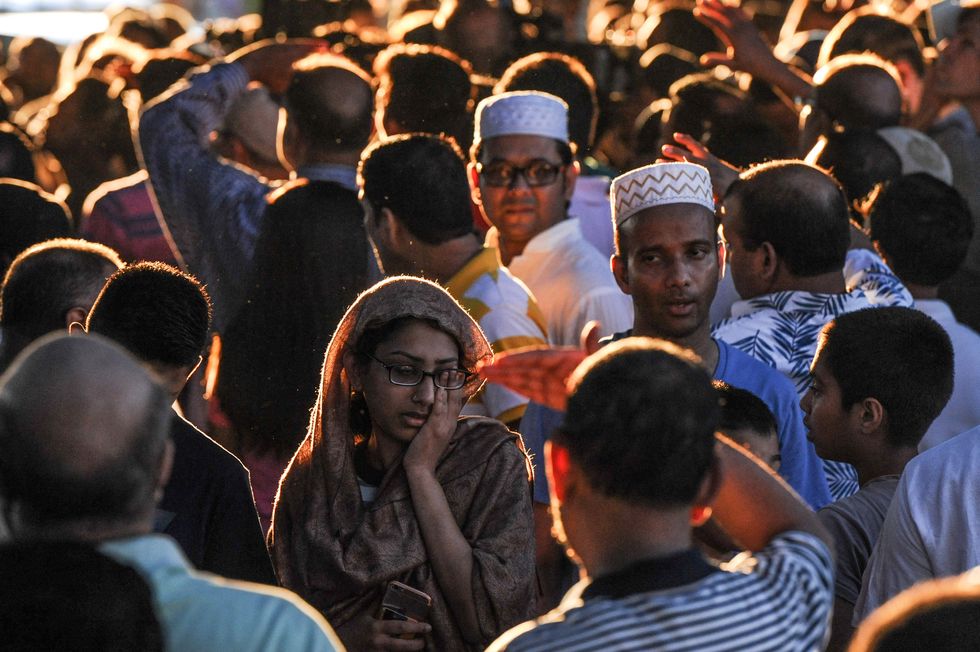 A crowd of community members gather at the place where Imam Maulama Akonjee was killed in the Queens borough of New York City, August 13, 2016. REUTERS/Stephanie Keith

A Muslim cleric and a second man were fatally shot by a lone gunman on Saturday while walking together following afternoon prayers at a mosque in the New York City borough of Queens, authorities said.

The gunman approached the pair from behind and shot both in the head at close range at about 1:50 p.m. EDT on a blistering hot afternoon in the Ozone Park neighborhood, police said in a statement, adding that no arrests had been made.

The motive for the shooting was not immediately known and no evidence has been uncovered that the two men were targeted because of their faith, said Tiffany Phillips, a spokeswoman for the New York City Police Department. Even so, police were not ruling out any possibility, she added.

The victims, identified as Imam Maulama Akonjee, 55, and Tharam Uddin, 64, were both wearing religious garb at the time of shooting, police said. Philips declined to describe the connection between the victims.

The men were transported to Jamaica Hospital Medical Center and died "while life-saving procedures were being performed," said Andrew Rubin, a hospital spokesman.

The suspect was described by police as having a medium complexion and dressed in shorts and dark polo shirt. He was seen by witnesses fleeing the scene with a gun in his hand, police said.

"We are currently conducting an extensive canvass of the area for video and additional witnesses," Deputy Inspector Henry Sautner said in a statement.

Akonjee was described as a peaceful man who was beloved within Ozone Park's large Muslim community.

"He would not hurt a fly," his nephew Rahi Majid, 26, told the New York Daily News. "You would watch him come down the street and watch the peace he brings."

Video footage posted on YouTube showed dozens of men gathered near the site of the shooting, with one of them telling the crowd that it appeared to be a hate crime, even as police said the motive was still unknown.