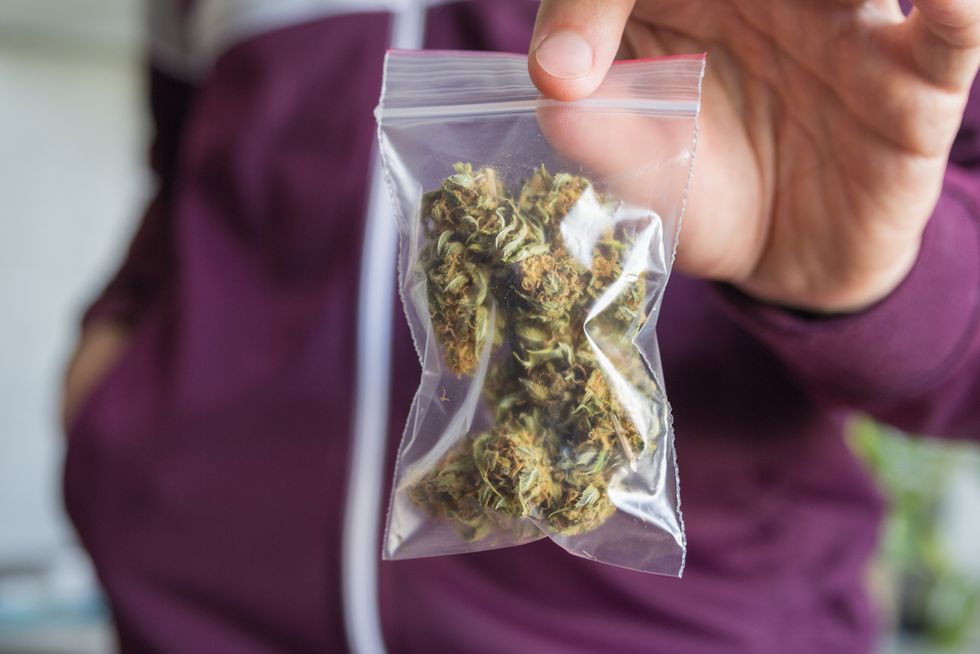 Federal prosecutors announced that they are dropping charges against a 19-year-old Native American teenager who faced a year in prison for possessing a gram of marijuana.

Portland, Oregon's Willamette Week newspaper reported Friday that charges against Devontre Thomas will be dropped if he meets certain requirements mandated by the court.

An agreement filed in federal court on Thursday stipulates that if Thomas obeys the law and holds down a job for 60 days, federal misdemeanor drug possession charges against him will not be prosecuted -- which the U.S. Attorney General's Office confirmed.

"I think it's a fair resolution of the case," said Thomas' public defender Ruben Iniguez to the Week. "I would sincerely hope that no one else, adult or minor, has to be faced with the same sort of dilemma -- the heavy hand of the government."

The ruling comes eight days after the Week published a cover story about Thomas, demanding to know why a 19-year-old teenager was facing a year in prison for possessing less marijuana than would be required to roll a joint.

Thomas was caught with the marijuana at Salem's Chemawa Indian School -- a boarding school operated by the Bureau of Indian Education, which is an arm of the federal government. Critics of the charges -- and of U.S. Attorney for Oregon Billy Williams -- say that Thomas' harsh penalty of a potential year in prison demonstrates racial bias in sentencing.

"There's absolutely racial disparity in how these cases are charged," said Amy Margolis from the Emerge Law Group. "[Thomas] had the bad luck of being where and who he was."

On Wednesday, the Week said, "three members of the Oregon congressional delegation -- U.S. Rep. Earl Blumenauer and Senators Ron Wyden and Jeff Merkley -- released a letter to Williams, demanding an explanation for his drug enforcement priorities."

"Marijuana possession charges have declined in Oregon over the past few years, and we hope to see that trend continue," the letter said. "We hope that your office continues this focus on dangerous criminal activity, rather than pursuing crimes involving a substance legal in Oregon."

Pot has been legal for Oregonians over 21 since July of 2015. Critics of the initial sentence point out the Oregon is a hotbed of meth and opioid use.

Rep. Blumenhauer said in a statement, "While I am pleased to see the U.S. Attorney drop the charges in the case of 19-year-old Devontre Thomas, I'm still concerned that this Office thought it was worth prosecuting in the first place. My hope is that this sets a precedent that federal prosecutors should not be wasting time and resources on low level marijuana crimes."