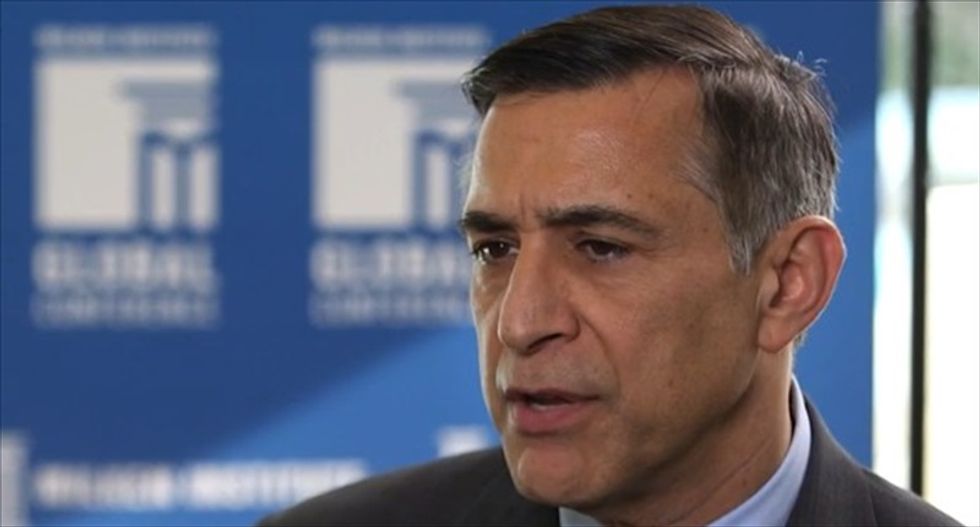 Rep. Darrell Issa's (R-CA) road to an eighth re-election has become rockier with the rise in support for the Democratic Marine Corps veteran challenging him this year, the Orange County Register reported.

After winning by at least 30 percentage points in the 2012 and 2014 primaries, Issa only beat Doug Applegate by 5.7 points in the June primary this year. Under the state's open primary system, Applegate's performance enabled him to move on and challenge Issa for his seat representing the state's 49th congressional district in the general election this November.

It also boosted the Iraq War veteran's funding; according to the Register, Applegate raised $128,000 between the announcement of the primary results and the end of June, compared to the $58,000 he raised beforehand. His campaign manager, Robert Dempsey, said Applegate's budget was "in the neighborhood" of $1 million. Issa's campaign budget is currently $3.8 million.

"In talking with donors, I was told: 'If you come within 20 points in the primary, call me back,'" Applegate told KNSD-TV after the primary. "And actually I said, 'Democrats don't perform that well in primaries. You are setting a bar that I will never be able to call you back. That’s not fair.'"

The Democratic Congressional Campaign Committee (DCCC) also took notice of the primary result, conducting polling in the area that it said showed the two candidates tied, prompting it to designate Applegate's campaign to oust Issa as one of the party's "emerging races."

The DCCC survey also showed that 60 percent of respondents in the district had an unfavorable view of the GOP presidential nominee, Donald Trump. Issa has acted as a surrogate for Trump and was a state delegate for him at this year's Republican National Convention.

"Donald Trump has become our best marketing tool," Orange County Democratic Party chair Henry Vandermeir said to the Register. "He's insulted pretty much every constituency in this county, which has helped drive Democratic registration and turnout to new highs."