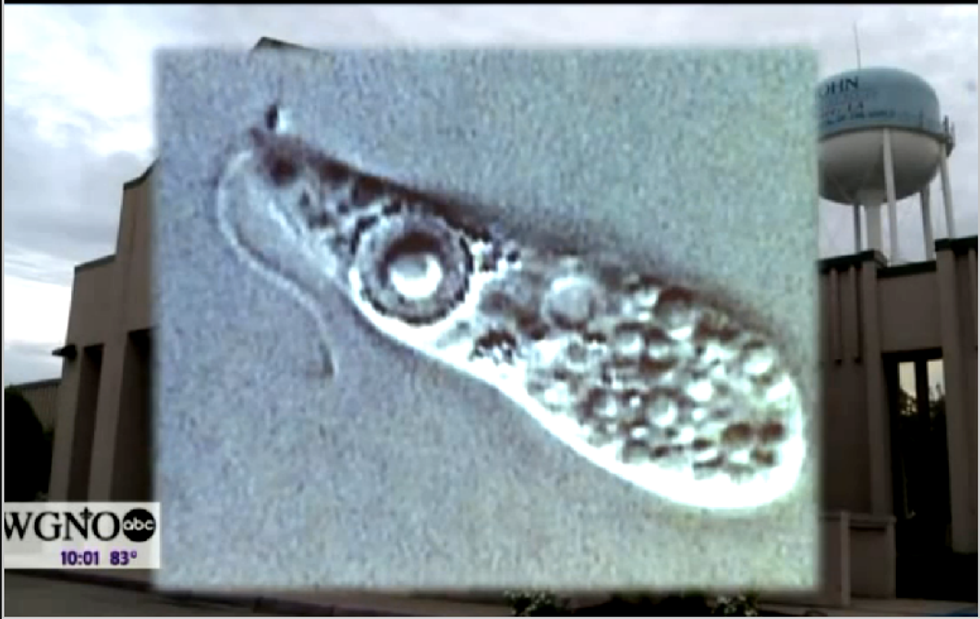 [image of Naegleria fowleri via screencap]

An 11-year-old South Carolina girl has died after she became infected by a brain-eating amoeba in a river where she had gone swimming, an undertaker said on Saturday.

The girl, Hannah Collins, of Beaufort, died on Friday night at the Medical University of South Carolina in Charleston, said Carla Smith, director-manager of the Anderson Funeral Home in Beaufort, which is handling the funeral.

Hannah is thought to have been exposed to the amoeba on July 24 in Charleston County's Edisto River, the state health department said this week.

Hannah's mother, Elizabeth Crockett, wrote on a Facebook page dedicated to her: "I will try to find comfort in the fact I will one day be united with her in her new home, Heaven."

The U.S. Centers for Disease Control and Prevention said this week that a South Carolina resident had been exposed to the Naegleria fowleri organism, which is found in warm freshwater and triggers an infection that destroys brain tissue.

The fatality rate for an infected person is more than 97 percent, according to the CDC.

The brain-eating amoeba was blamed for the death in June of an 18-year-old Ohio woman, who became infected after rafting at the U.S. National Whitewater Center in Charlotte, North Carolina.