Soy supplements may be good for women with PCOS 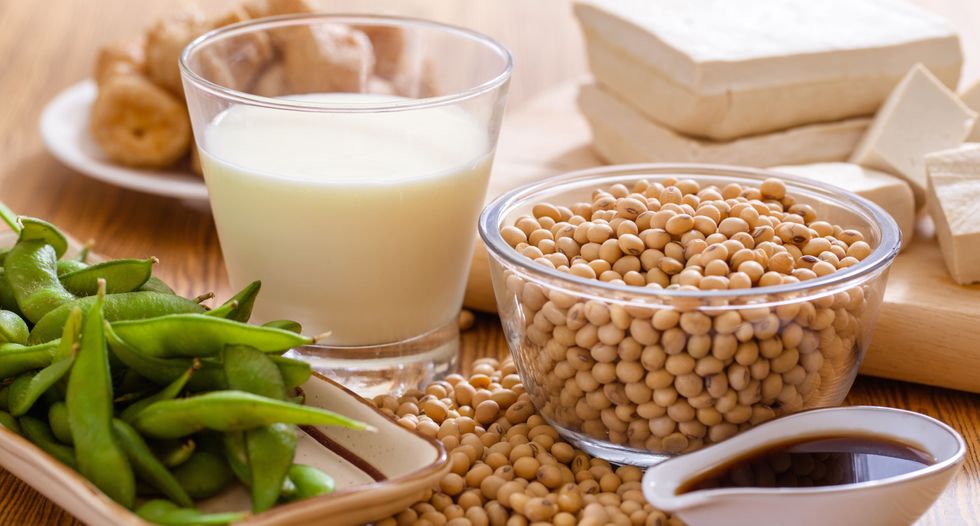 Women with a common hormone disorder known as polycystic ovary syndrome (PCOS) may have a lower risk of diabetes and heart disease when they take soy supplements, a small study suggests.

PCOS develops when the female body makes higher than normal amounts of testosterone and androgens, sex hormones associated with male traits. Previous research has linked the condition to an increased risk of infertility, diabetes, high cholesterol, hardening of the arteries, high blood pressure and heart disease.

For the current study, researchers randomly assigned 70 women with PCOS to take either a daily soy supplement pill or a placebo for 12 weeks.

They did lab tests before and after the experiment to look for risk factors for heart disease and diabetes such as high levels of fats and bad cholesterol in the blood and impaired functioning of the hormone insulin.

At the end of the experiment, women who took the soy supplements had better insulin function and lower levels of “bad” LDL cholesterol and fats in the blood than their peers who took placebo pills.

"Our research found that women who have PCOS may benefit from incorporating soy . . . in their diets," said lead study author Zatollah Asemi of Kashan University of Medical Sciences in Iran.

While more research is needed in a larger, more diverse group of women, the results of this experiment suggest it’s possible soy supplements may lower the risk of diabetes and heart disease as well as some other health problems associated with PCOS like high cholesterol and hardening of the arteries, Asemi added by email.

The experiment focused on the potential benefits of what’s known as soy isoflavones, naturally occurring plant-based estrogens found in soybeans. They are also found in soy milk as well as dietary supplements containing soy.

All of the women in the study were between the ages of 18 and 40, and they were seen at the Kosar Clinic in Arak, Iran, between December 2015 and February 2016.

The women were around 26 to 28 years old on average and they were typically at or near a healthy weight for their height.

Half of them were assigned to take a daily 50-milligram soy isoflavone supplement, roughly the equivalent of drinking about two 8-ounce glasses (about 500 milliliters) of soymilk.

In addition to its small size, another limitation of the study is that researchers didn’t test how changing the amount of soy taken each day might influence the outcomes on risk factors for heart disease and diabetes, the authors note in the Journal of Clinical Endocrinology and Metabolism.

“The small number and the fact that the study is limited to one ethnic group raise concerns,” said Dr. Gordon Wright Bates Jr., a specialist in reproductive endocrinology and infertility at the University of Alabama at Birmingham.