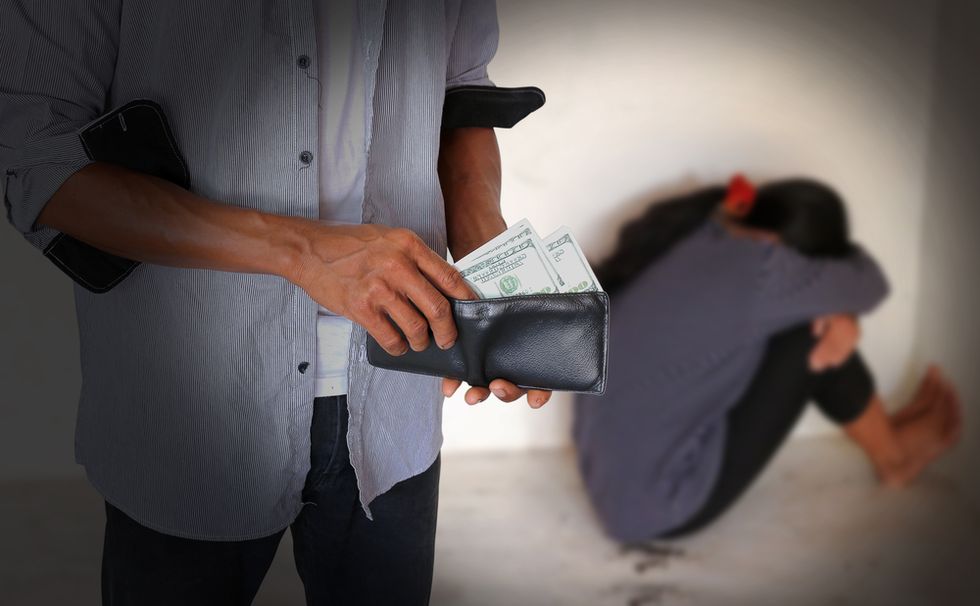 Image: A man pays for sex with an unwilling woman (Shutterstock.com)

Tennessee police have arrested 41 people in connection with an online human trafficking sting in Nashville, with many suspects allegedly paying for sex with underage girls, authorities said.

The three-day operation by the Tennessee Bureau of Investigation netted 34 men, six women and one juvenile on prostitution-related charges, the agency said in a statement on Friday.

In the online sting, called Operation Someone Like Me, undercover agents posed as a juvenile girl in ads on Backpage.com. A total of 485 men answered the posted ads, and more than 5,000 contacts were made.

Eighteen men who had responded paid to have sex with an underage girl, the statement said.

Those arrested include a high school teacher, a college football player, a truck driver, a student and a state information technology specialist, the statement said.

The operation was the sixth of its kind involving the state agency, local police, the U.S. Department of Homeland Security and the Federal Bureau of Investigation.