The US has blurred the lines on assassination for decades 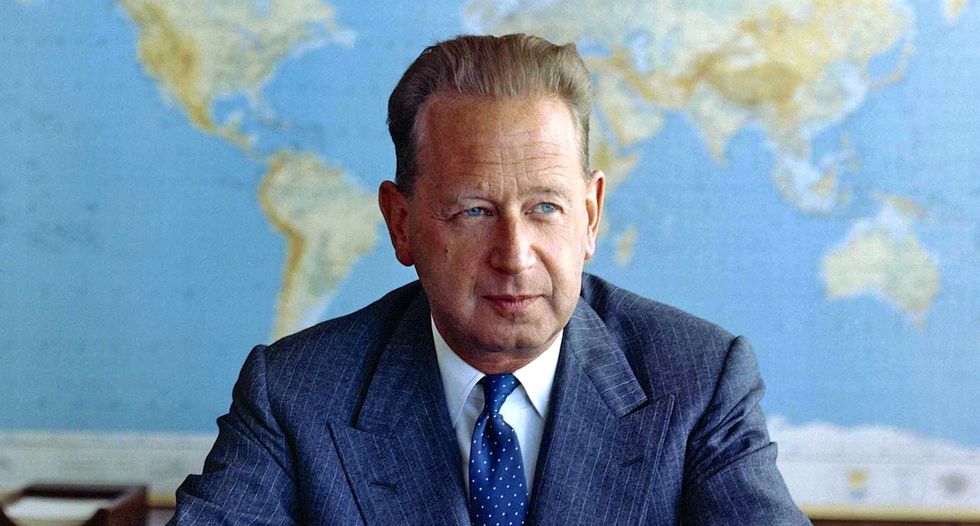 The UN secretary-general, Ban Ki Moon, is set to open a new investigation into the death of former secretary-general Dag Hammarskjold, whose plane crashed during a peace mission in the Congo in September 1961. New documents have surfaced that seem to implicate the CIA – which should, perhaps, not come as a complete surprise.

From the late 1950s, the CIA was involved more or less directly in plots to assassinate several foreign leaders. Among them was Cuba’s Fidel Castro, Congo’s Patrice Lumumba, and the Dominican Republic’s Rafael Trujillo. In the mid-1970s, a series of revelations about the CIA’s involvement in assassination attempts prompted numerous inquiries by the government and Congress.

One Senate committee concluded that the CIA had been able to get involved in these incidents thanks to a combination of secrecy, ambiguity about lines of responsibility between the agency and the White House, and “plausible deniability”. The term – initially coined to suggest that US covert operations should be conducted in such a manner as to plausibly deny US involvement – was later interpreted as the need to isolate the president from the details of covert operations in order for him to plausibly deny knowledge of them.

The committee recommended establishing a statute that would outlaw “assassination” and would specify the meaning of the word and identify categories of foreign officials that could not be targeted (including leaders of movements and parties). But in 1975 the Ford administration blocked any congressional effort to reform the intelligence services. Ford did ban assassination in an Executive Order of 1976 but the meaning of assassination remained deeply vague. It stated:

No employee of the United States Government shall engage in, or conspire to engage in, political assassination.

The order was expanded during the Carter years by dropping the adjective “political” and was confirmed by Reagan in Executive Order 12333. This remains the standing regulation when it comes to US involvement in assassination. Its inherent ambiguity has not ceased to cause problems ever since.

Skirting around the order

In the mid-1980s, the Reagan administration identified Muammar Gaddafi as its main enemy. Gaddafi had been sponsoring terrorist attacks and after Libya was connected to a 1986 bombing in Berlin in which two US servicemen and a Turkish woman were killed. The US retaliated. In Operation El Dorado Canyon, US planes bombed one of Gaddafi’s residences and military targets.

US officials denied that the bombing constituted an assassination attempt. They argued that the strike was not directly aimed at the Libyan dictator, but at degrading his military capabilities and support for terrorism. Officials, including the secretary of state George Shultz, argued that terrorists represented a particular category of enemy and that a more aggressive posture – including pre-emptive strikes – was needed.

In 1989, officials in George H W Bush’s administration allegedly lamented that the constraints imposed by the ban on assassinations had prevented the US from playing a larger role in a (failed) coup to oust Panama’s dictator Manuel Noriega. A few months later, a memorandum written by Hays Parks in the Office of the Judge Advocate General of the Army seemed to ease these concerns. The memorandum provided a new legal position for counter-terrorism operations.

The memorandum clarified that “a decision by the president to employ clandestine, low visibility or overt military force” did not constitute assassination.

It also added that the ban on assassination didn’t prevent the targeting of a broad category of enemy, including terrorists. Since they could be said to pose an imminent threat, they could be targeted in self-defence under both international law and the power of the president as commander-in-chief. These arguments – similar to those used in the Reagan years – would provide a baseline for future justifications.

Later on, the administration, targeted Saddam Hussein’s residence and headquarters. When Air Force chief of staff Michael Dugan admitted that Saddam himself had been the target of the bombing, secretary of defense Dick Cheney fired him.

In 1998, the Clinton administration also targeted the residence of Saddam Hussein. Once again, officials denied that Saddam himself was the target.

The rise of al-Qaeda in the late 1990s brought the issue of assassination back to the fore. The 9/11 Commission report revealed that the Clinton administration had authorised several kill or capture operations against Osama Bin Laden. The operations never went ahead but US officials agreed that if Bin Laden had been killed in one of them, it would not have amounted to an assassination. He was a terrorist leader, they reasoned, and the US would have been acting in self-defence against him.

The waters were muddied further after 9/11. George W Bush gave the CIA authority to target terrorists abroad (including American citizens). The Authorization for the Use of Military Force (AUMF) passed by Congress also made clear that the US could now target “persons,” that is, conduct premeditated strikes against individual targets.

A US Predator drone.

The Obama administration has dramatically increased the number of operations against suspected terrorists, especially through drone strikes. The alleged imminence of the threat posed by terrorists still plays a key role in the justification used for these operations.

So, while Executive Order 12333 prohibits any form of assassination, a series of targets has been identified as permissible. Several operations (such as those described above) have been defined as legal, regardless of how close they have come to the commonsense understanding of assassination. What started as a black-and-white distinction soon developed into an endless series of qualifications and exceptions.

In this context, two main interpretations can be identified. If we interpret the order as being a ban on killing outside war, its erosion is almost complete. However, it could be argued that the order only aimed to prevent the type of stealth assassination conducted in the 1960s – operations using explosive shells, poisoned darts and other devices, like those conducted against Castro and Lumumba. In this second interpretation, the order has stood the test of time, but its applicability is so narrow as to be, perhaps, meaningless.

Still, the fact that the Obama administration has been hard pressed to explain why its policies – and even its aggressive drone campaign – do not constitute a violation of the ban might suggest that it prefers to assume the second interpretation over the first.