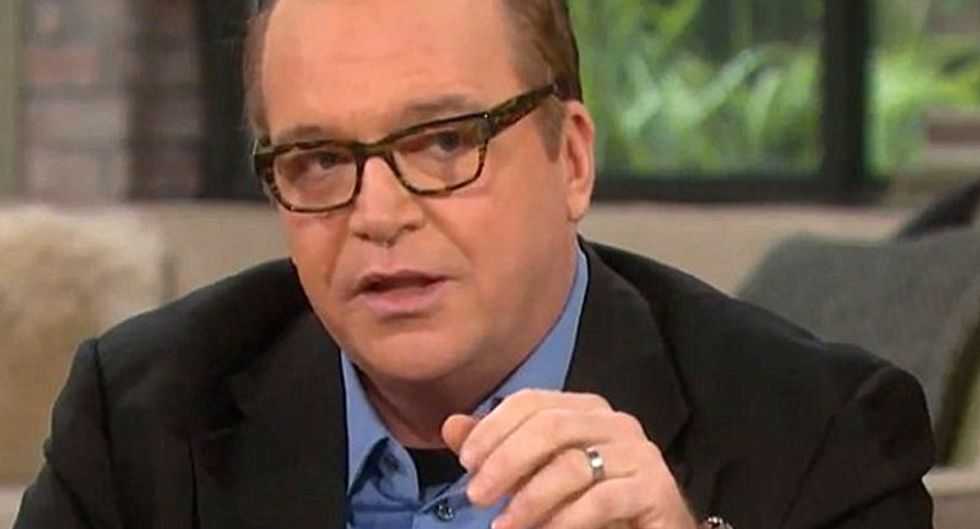 Actor Tom Arnold is dealing with a major tragedy in his life, as his 24-year-old nephew Spencer took his own life this past spring by shooting himself in the head.

In an essay written for The Hollywood Reporter, Arnold makes an impassioned plea to enact new gun laws that might have prevented his nephew's death.

It turns out that Spencer was discharged from the army after attempting suicide, and Arnold also says that he "was diagnosed as chronically depressed and unsafe around weapons."

Despite this, Spencer managed to legally buy five different guns because there is no way to run a background check on someone's mental health history when they go to buy a gun.

Because of this, Arnold is endorsing a new piece of legislation that's been drawn up by the Brady Campaign to Prevent Gun Violence.

"They had the very bill I wanted before Congress, as well as a bill fixing the gun show loophole," Arnold writes of his meeting with the campaign. "The Brady Bill was great, but gun shows and the internet have changed the picture since 1993, so we just want to update things. No guns for the mentally ill until they are treated (the last two cop killers in the headlines were former military with PTSD; once you serve this country, you deserve follow-up mental and physical health checkups every year for the rest of your life). No guns for domestic abusers, violent felons or people on the terrorist watch list, and background checks for everybody."

Arnold also says that while he owns guns and supports the Second Amendment, he cannot understand the ways that people have fetishes for guns.

"Some even equate guns to religion," he notes. "A gift to Americans directly from God himself. That sounds crazy to me. It should be on the gun test: If you truly believe your metal tool/explosive device is a gift from above, then you should be deemed insane and unfit to legally own a gun."

The rest of the essay is very worth reading and can be found at this link.