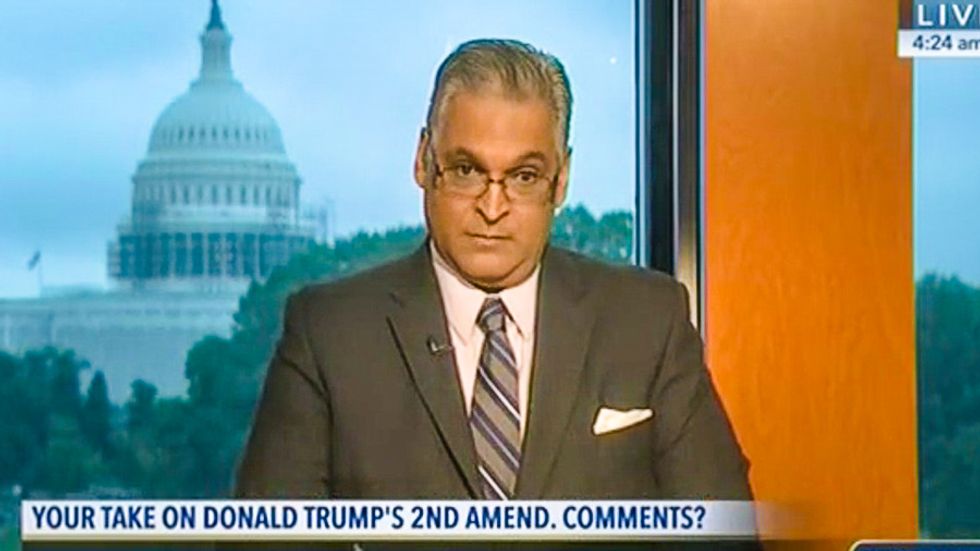 A C-SPAN caller from Michigan proved on Wednesday that even Trump supporters could interpret the GOP nominee's comments about using the Second Amendment to stop Hillary as a call to gun violence.

During a rally in North Carolina on Tuesday, Trump warned that Hillary Clinton would pick anti-gun Supreme Court justices if she became president of the United States.

"If she gets to pick her judges, nothing you can do, folks," Trump said, adding: “Although the Second Amendment people — maybe there is, I don’t know.”

In a statement, the Trump campaign later insisted that his comments had been about the "great political power" of so-called "Second Amendment people."

But a C-SPAN caller from Michigan named Greg proved on Wednesday that even some of Trump's supporters found the comments to be a call to arms.

"Number one, Mr. Trump was not threatening assassination of Hillary," Greg said. "But what he was implying and could happen is if Hillary got her way and did do away with Second Amendment rights, there are a lot of us who are gun owners who are going to object to that very strongly."

"And since we do have firearms, it might if it comes down to it be us having to defend our rights with those guns, just as the revolutionaries did in the Revolutionary War."

Greg said that he hoped "it never will come down to that."

"And I would point out that [Trump] said right afterwards that would be a horrible day when that happened," Greg declared.