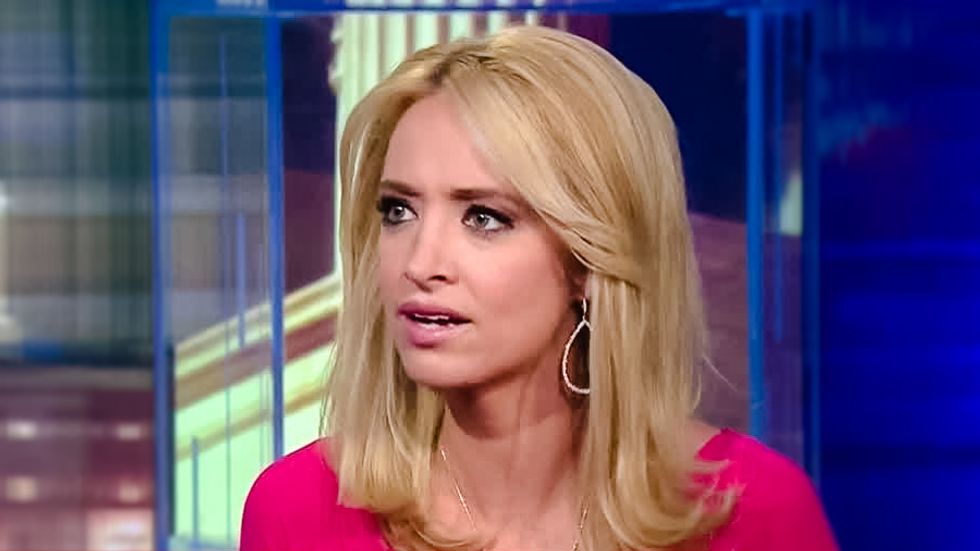 Trump surrogate Kayleigh McEnany alleged Thursday night that the Confederate flag had become a symbol the South as a whole rather than a symbol of racism.

On Thursday, a Trump supporter was spotted at campaign rally in Florida with a Confederate flag emblazoned with the words "Trump 2016." But the Trump campaign had the flag removed from the event.

McEnany, a CNN commentator, was asked about the incident on CNN Tonight.

"I remember sitting at Harvard Law and I had a black colleague of mine say 'I'm from the south, I understand that most people it doesn't symbolize racism for' however, I understand it does symbolize racism for a lot of other people and because of that it shouldn't be at a state capital," she said. "It shouldn't be at a Trump rally. They did the right thing, asking for it to be removed. But I certainly don't think Brandon's a racist for having southern pride, which is really what the flag has come to symbolize, but it is offensive to people and it has no place."

Political commentator and former South Carolina lawmaker Bakari Sellers said supporters of the Confederate flag were "ignorant of the facts and history of the Confederacy," pointing out that the Southern states were battling the North in an attempt to preserve the institution of slavery.

"I agree with you, but I do think that's unfair -- to call anyone who has that symbol somewhere in the South, which has come to represent the South as a whole, not just, you know, this horrible moment in history," McEnany replied. "To call every person ignorant who has that flag, I think that is really kind of an ignorant statement in and of itself."