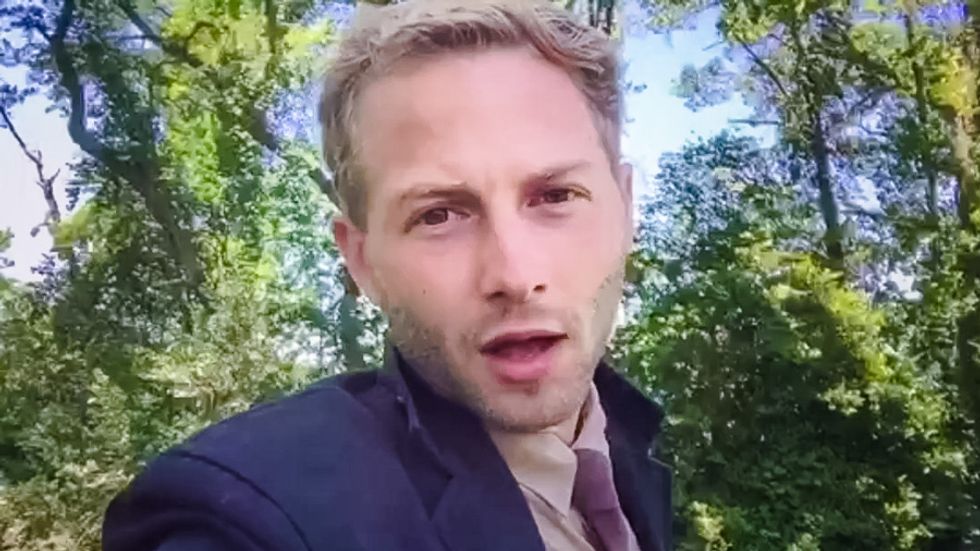 The founder of "Trump Youth" has called on young Americans to come together to fight the "parasites" of society.

The Jewish newspaper Forward reported on Tuesday that activist Jayme Liardi had launched the "Trump Youth" program with rhetoric that "evokes the Hitler Youth, a wing of Germany’s Nazi party."

A website for the group encourages young voters to "[e]mbrace your destiny and become a part of the greatest battle the world has ever seen."

"We Millennials are destined for greatness; no longer will we sit idle and watch everything our forefathers built be turned to dust," the website says. "Our world is hurting, and it is up to us, the Youth, to become the Hero Generation and to save the world."

In a video promotion for the Trump Youth group, Liardi asserts that "nations have been commandeered by an international criminal cartel, and this parasite is feeding on our energy."

"It's in Japan, it's in China, it's in Germany, it's in America," he warns. "If we don't throw this parasite off our backs, the world will fall into chaos. These parasites want war, want destruction, they want slavery -- and they're getting them."

Forward notes that Nazi propaganda used similar language, comparing Jews to "parasites." The Trump Youth website reportedly asks applicants to reveal their ethnicity and how many additional members they can bring into the fold.

Writing on his personal website earlier this year, Liardi said that he did not understand the "truth" about Adolf Hitler until he read Mein Kampf.

"I began to seek out the history without the propaganda-- I wanted to understand the mind of the supposed most evil man in history," he wrote. "So I studied the events leading up to the war, the german Weimar Republic, WWI and the climate of Europe in the early 20th century. And yes, I read Adolf Hitler’s ‘Mein Kampf'."

"I quickly realized that I was not being given all of the facts--that what passes for history is merely rehashed propaganda from the war," Liardi opined. "So [I] began to follow the trail of other patriots and freedom fighters before me, on a quest for truth, justice and an end to exploitation and enslavement."

Watch the video below promoting the Trump Youth group.

While states and school districts are pulling books from library shelves because it discusses same-sex penguins, one group of parents is coordinating to ensure that the next generation of Nazis continues to rise.

The Huffington Post revealed that two parents are homeschooling their children to ensure they strengthen their anti-Semetic beliefs in their children. Once they appeared on the neo-Nazi podcast “Achtung Amerikaner," parents began to join their Telegram channel, Dissident Homeschool, to share the Nazi-approved materials that can be used in teaching.