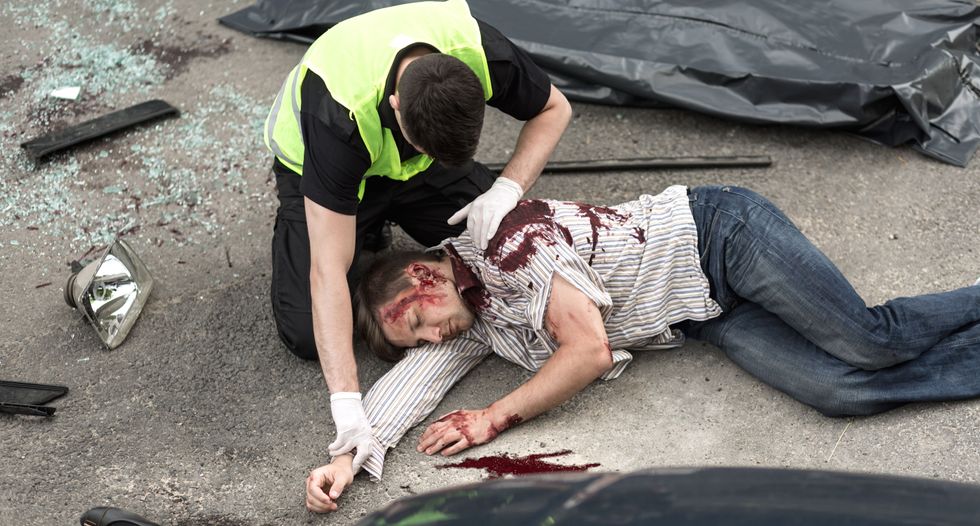 Accident on the Road (Shutterstock www.shutterstock.com)

Two people died and 41 more were injured when a bus carrying volunteers to help with Louisiana flood relief spun out of control near New Orleans, local media reported Sunday.

Two other firefighters were injured in the crash and a second person, who has not yet been identified, also died, the television station said.

"It is a sad day in the St. John the Baptist Parish as we lost one of the bravest and most dedicated firefighters that I know," Robottom said in a statement according to the television station.

The bus driver, identified as 37-year-old Denis Amaya Rodriguez, was in custody on suspicion of multiple violations, NBC News reported, citing Louisiana State Police spokeswoman Melissa Matey. Rodriguez, who is from Honduras, was in the U.S. illegally, the network reported, citing Matey.

Few details were available Sunday afternoon about the cause of the accident. Matey told NBC that 41 people on the bus suffered minor injuries.

The bus, filled with volunteers to help residents recover from massive flooding in Louisiana earlier this month, was traveling westbound on Interstate 10 when it crashed into the fire truck and another vehicle, the television station and other media reported.

As many as 60,600 homes were reported damaged or destroyed in flooding that ravaged 20 parishes, or counties, in the southern part of Louisiana. About 3,000 residents were still living in shelters as of Aug. 22, officials said last week.