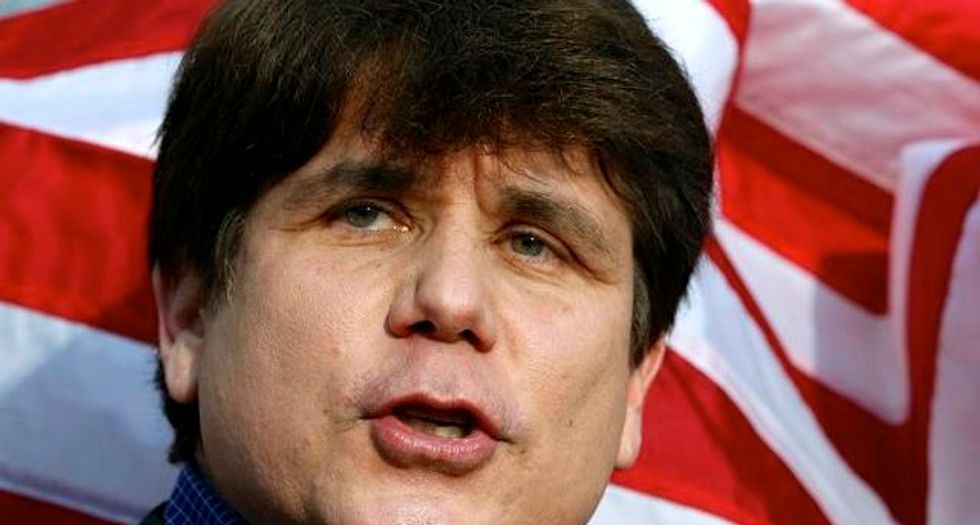 Former Illinois Governor Rod Blagojevich makes a statement to reporters outside his Chicago home one day before reporting to federal prison in Colorado to serve a 14-year sentence for corruption, March 14, 2012. REUTERS/Jeff Haynes/File Photo

A federal judge on Tuesday upheld the 14-year prison sentence for imprisoned ex-Illinois Governor Rod Blagojevich despite his emotional courtroom plea for leniency after an appeals court last year set aside part of his public corruption conviction.

U.S. District Court Judge James Zagel ruled Blagojevich must remain in a Colorado prison, rejecting the pain cited by the ex-governor's family and siding with the demand by prosecutors that he serve out his original, full term through 2024.