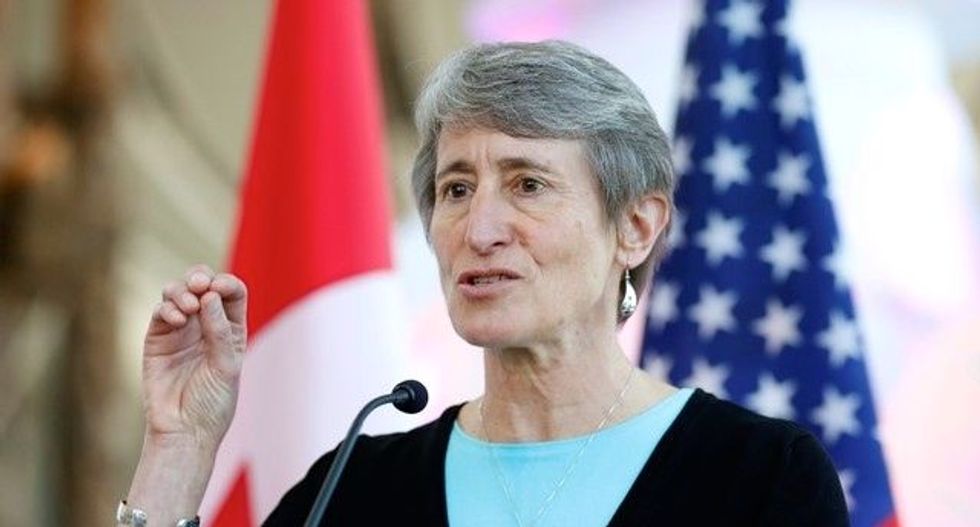 Many of the jobs are gone for good, but ex-miners can repair the damaged land and shape a post-coal economy, Interior Secretary Sally Jewell said on a recent visit to coal country, offering up a future starkly different from Donald Trump's.

Trump, the Republican presidential candidate, promises to return coal country to its glory days by repealing environmental regulations. "We will put our coal miners and steel workers back to work," he said in a speech in Detroit on Monday.

Jewell, standing atop an abandoned mine last week on Thursday, had a different message from the Obama administration.

The United States, she said, will shift to cleaner renewable energy. Coal will continue to play a role but a diminished one. She said Washington will not abandon coal communities.

"There is a brighter future for coal country if we step up and fund reclamation projects," Jewell said to a crew of former miners at a ceremony for the first cleanup program to receive a grant under a new, $90 million federal pilot grant program.

Pennsylvania's Rosebud Mining company hired more than 40 ex-miners to clean up over 3 million tons of toxic coal waste piles left behind after a mine closure in 1971. Waste coal at the abandoned site has been a source of fire and acid runoff.

Over three years, workers will restore native vegetation and prepare the ground for housing developments and bike paths linking the town to local tourist sites.

During a tour of the site, Jewell brushed aside critics such as Trump who say regulators have strangled an industry.

Mine cleanup can provide a livelihood, Jewell said, even if it will not mean as many jobs as producing coal once did.

"I'm so tired of the rhetoric that suggests we are anti-coal," she said in an interview with Reuters.

"This administration is not turning its back on coal, but we also know there is a transition going on to a different energy economy," said Jewell, an engineer by training and former chief executive of outdoor gear retailer REI.

That money is frozen until 2023 in the Interior Department's Abandoned Mine Land (AML) program, but Congress could kick-start hundreds more cleanup projects across coal country, Jewell said.

U.S. Representative Hal Rogers, a Kentucky Republican, and Representative Matt Cartwright, a Pennsylvania Democrat, introduced the RECLAIM Act in February to distribute the $1 billion, which has been collected over decades from fees on coal companies.

That program is similar to the Obama administration's POWER + program, which would unlock $1 billion in AML funds while also protecting coal miners' pensions.

"Instead of saying we are going to go back to burning coal, we need to be constructive about how to address the real issue of unemployment and underemployment," she said.

For laid-off miners who are too old to be retrained, reclamation work offers employment close to home that can sustain them for several years, Jewell said.

"We have a moral commitment to address these hard hit communities so they can have a brighter future right here and make sure their kids stay here," Jewell said.