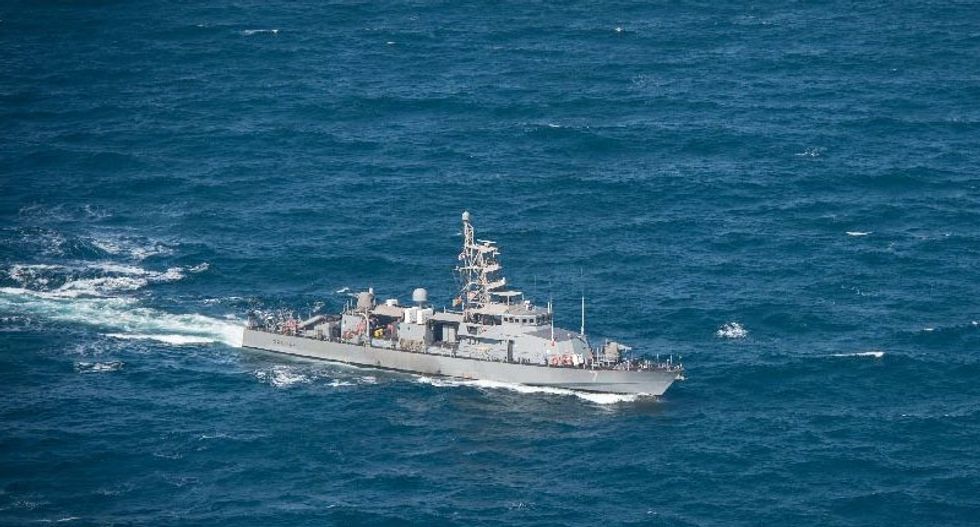 Iranian ships harassed US naval vessels in three recent incidents, including one that prompted an American ship to fire warning shots, a US official said Thursday.

The incidents all occurred in the Persian Gulf on Wednesday, a day after another encounter in which a group of Iranian naval vessels with their weapons uncovered sped close to two US Navy guided-missile destroyers.

The most dramatic moment in Wednesday's three events occurred when an Iranian Revolutionary Guard Corps boat maneuvered around two US patrol ships, the USS Squall and USS Tempest.

Despite multiple warnings via radio and loudspeaker, the Iranian boat approached head on, coming within 200 yards (meters) of one of the vessels, US Navy Fifth Fleet spokesman Commander Bill Urban told AFP.

"This situation presented a drastically increased risk of collision," he said.

"Ultimately, Squall resorted to firing three warning shots from their 50-caliber gun, which caused the Iranian vessel to turn away."

In an incident earlier in the day, three Iranian vessels crossed the bow of the Tempest within 600 yards on three separate occasions -- creating a possible collision hazard, Urban said.

The third incident involved the guided missile destroyer USS Stout. Urban said one of the Iranian boats from an earlier encounter conducted an "unsafe intercept" by crossing the Stout's bow at close range.

On Tuesday, four Iranian warships sped close to two US Navy guided-missile destroyers with their weapons uncovered in the Strait of Hormuz in an "unsafe and unprofessional" encounter, according to the Pentagon.

The USS Nitze shot warning flares, sounded its whistles and attempted unsuccessfully to communicate with the Iranian boats, officials said.

The Nitze was accompanied on its mission by the USS Mason, another destroyer.

When asked about the Tuesday incident, Iran's Defense Minister Hossein Dehghan said his country's "naval units have the duty of safeguarding the country's security in the sea and the Persian Gulf."

A defense official told AFP that ships from the US and Iranian navies had interacted more than 300 times in 2015 and more than 250 times the first half of this year.

Ten percent of those encounters were deemed unsafe and unprofessional, the official said.

In January, the Iranian navy briefly captured the crews of two US patrol boats that had, through a series of blunders, strayed into Iranian territorial waters.

The 10 American sailors were released within 24 hours.