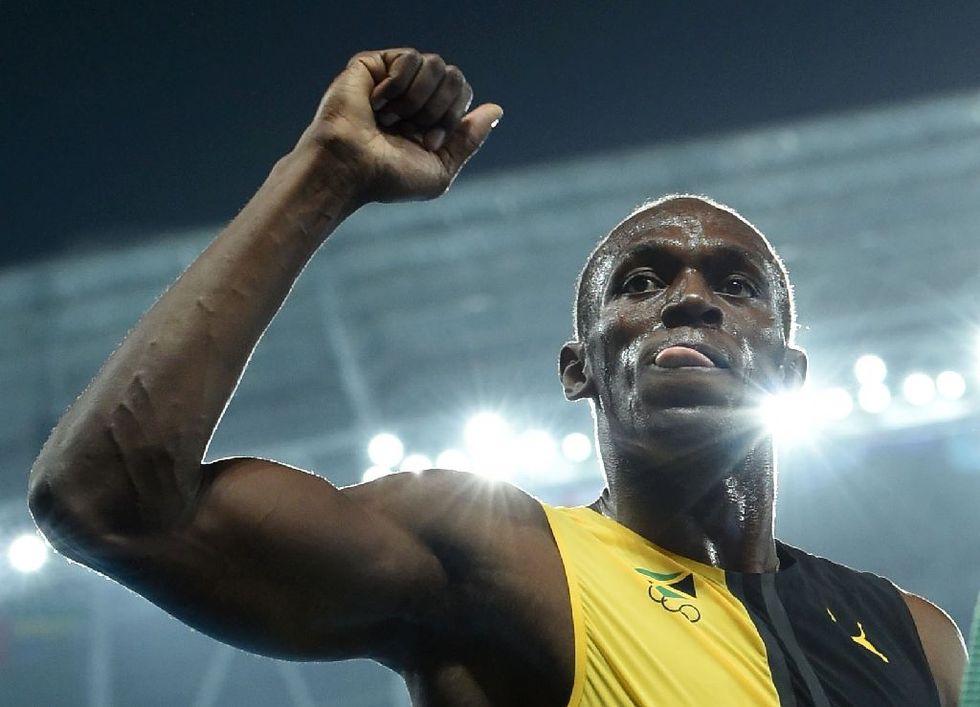 On a night of high drama Sunday, Bolt galloped past drug-tainted US rival Justin Gatlin to cross in 9.81sec and become the first athlete to win the 100m three times in a row.

The victory set the Jamaican showman off on his quest to complete the 'triple triple' -- 100m, 200m and 4x100m gold medals at three consecutive Olympics.

"Somebody said I can become immortal. Two more medals to go and I can sign off. Immortal," said Bolt.

"I have never seen anything like that," Johnson told the BBC. "That was a massacre by Van Niekerk. This young man has done something truly special."

America's Simone Biles stayed on track for a record five gymnastics gold medals at a single Olympics when she clocked up her third, on the balance beam.

And fears over Rio de Janeiro's fragile security rose after Ryan Lochte and three fellow US swimmers were robbed at gunpoint by criminals posing as police.

Although way short of his 9.58sec world record, Bolt was happy with the performance but admitted he had been "shocked" at booing from the crowd directed at Gatlin, who has twiced been banned for doping.

He started slowly but reeled in Gatlin within 70 metres and eased up, thumping his chest as he crossed the line. Canada's Andre de Grasse took bronze.

Kenya's Jemima Sumgong won the first athletics gold of the day, making light of searing heat to triumph in the women's marathon.

Doping made headlines again as Russian long-jumper Darya Klishina was cleared to compete in Tuesday's event.

The Court of Arbitration for Sport overturned an IAAF ban saying she had complied with all conditions for competing.

Klishina had been the only Russian competitor accepted by the IAAF for the Olympics after inquiries found mass "state-sponsored" doping in the country.

But she was banned Friday after further information emerged regarding her case.

Russia's Sports Minister Vitaly Mutko welcomed the decision as fair, saying "you cannot punish her for what she did not do."

"Today was a very up and down match, very stressful... I'm just glad I managed to get through it," said Murray.

The golden Sunday for the Brits put them a surprise second on the medals table with 15 victories, behind the United States on 26.

Rio Games security has proved a major headache for organisers, with several teams complaining of thefts and street crime in the recession-hit metropolis.

The latest to fall victim was US swimmer Lochte and three teammates, who said they were robbed at gunpoint by criminals who pulled over their taxi posing as police.

"The guy pulled out his gun, he cocked it, put it to my forehead and he said, 'Get down,' and I put my hands up, I was like, 'Whatever,'" Lochte told NBC News.