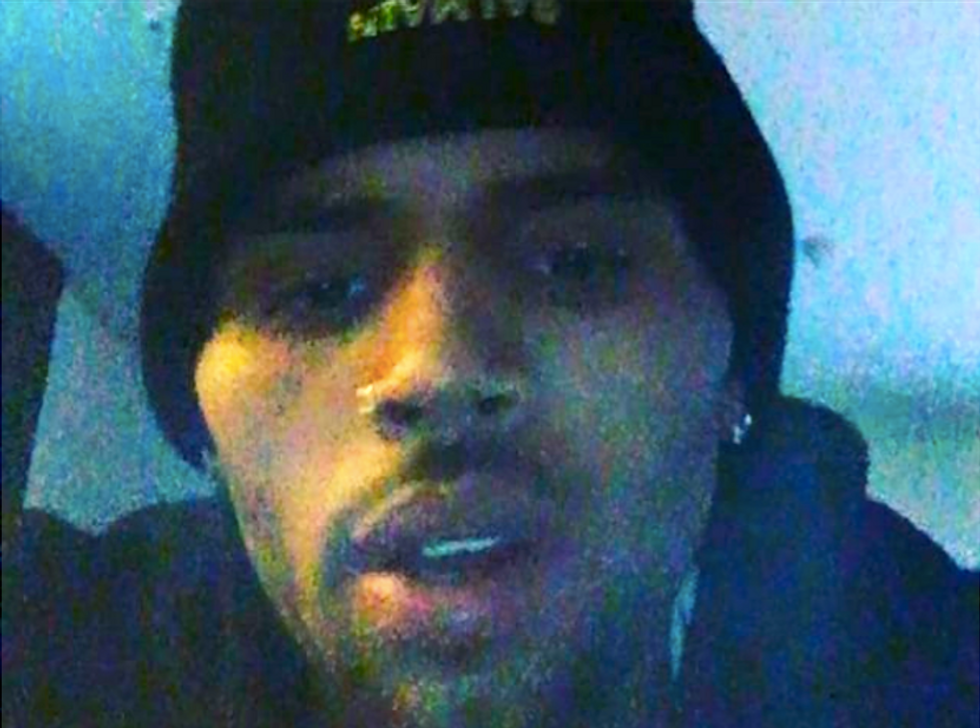 R&B performer Chris Brown appears on Instagram as police wait for a warrant outside his Tarzana, CA home (Screen capture)

Hot-tempered R&B star Chris Brown is currently in a standoff with police at his home in Tarzana, California after he allegedly threatened a woman with a gun during a heated argument.

Jezebel reported that the singer and dancer's residence has been surrounded by police since about 3 a.m. local time after an unnamed woman ran out of the house to call the police and tell them she was in danger.

According to the Los Angeles Times, Los Angeles Police Department spokeswoman Officer Liliana Preciado said police are trying to obtain a warrant to search Brown's house for the weapon. The volatile performer has barricaded himself inside and refuses to come out.

Celebrity gossip website TMZ.com said that Brown threw a duffel bag full of weapons and drugs out the window and taunted officers by saying, "Come and get me."

However, Brown took to Instagram on Tuesday morning to present his side of the story and promote his new single as police waited outside. He called it "ironic" that he is in trouble with the law again.

He invoked the Black Lives Matter movement and said, "F*ck the police" before saying, "Y’all can suck a fart out my ass for all I care.”

Brown has had multiple run-ins with police, beginning with his brutal beating of international pop star Rihanna in 2009. The two singers dated for a time and reportedly had on-again, off-again dalliances after the attack, but have now parted for good.

He has been in court for probation and parole violations, for failing to complete his designated community service hours and other infractions, some involving violence.

UPDATE (2:55 p.m. EDT): TMZ.com reported that the woman who called the police is Baylee Curran, who says she has socialized with Brown in the past, but that on Monday night, he seemed "out of it."

Curran claims that she admired a piece of jewelry that a member of Brown's crew was displaying when the man abruptly became hostile. Brown reportedly followed suit, saying, "Get the f*ck out" and pulling a gun.

She went on to say that when she tried to leave, Brown's handlers would not let her go without surrendering her cell phone and signing a nondisclosure agreement. She says she refused to sign and that she and her friend left and immediately called 911.

UPDATE (3:45 p.m.): L.A.'s Fox 10 News reports that law enforcement officials say that Brown is about to be arrested. His attorney Mark Geragos is also reportedly on the scene.

Watch live coverage of the standoff, embedded below: