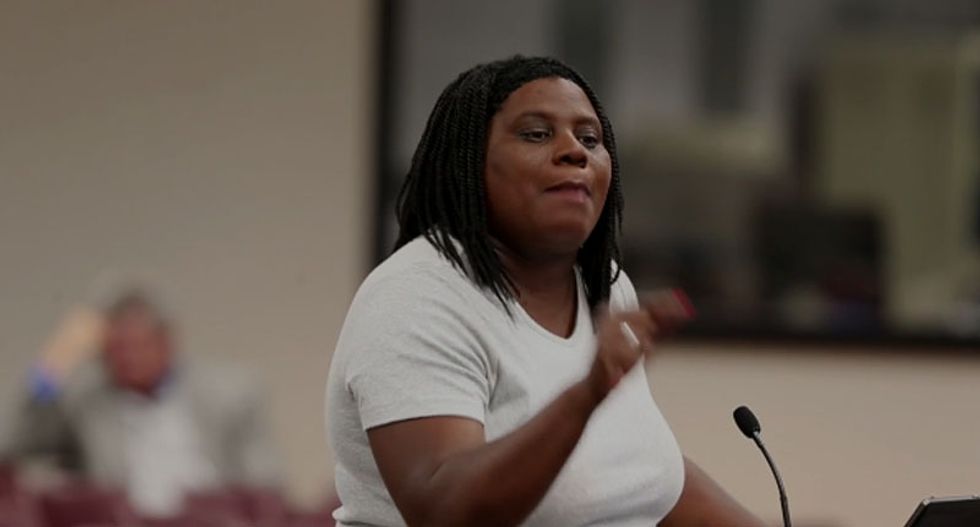 The fight over letting transgender students use the public restrooms of their choice is far from over.

The Omaha World-Herald reports that an Omaha Public Schools board meeting on Monday night was loaded with angry parents who were upset that the board was moving forward to adopt a policy that protects transgender students from discrimination by giving them access to the bathrooms of their identified gender.

"You don’t need boys going to girls bathrooms, you don’t need girls going to boys bathrooms.... It’s an appalling thing when you try to make it all inclusive," an Omaha man named Charles Billups said. "You’re asking for more trouble. It’s like opening Pandora’s box. You’re trying to destroy the very fabric of what America is all about."

The World-Herald notes that other opponents of the board's new policy "invoked Sodom and Gomorrah and argued that transgender students were troubled and confused, requiring help and compassion, but not public accommodations."

That said, there were some passionate supporters of transgender equality at the meeting who offered moving testimonials to bolster the school board's case for its new anti-discrimination protections.

One was a sexual abuse victim named Billie Grant, who said that opponents of trans equality needed to stop painting transgender teens as crazed sexual predators.

"Do not use your experiences to hide your discrimination," she said. "It is not because my school is accepting of people who are different from what society called 'normal' that I was raped. It is because society told older men that it is normal to be sexually aggressive with women."

Check out an Omaha World-Herald video of the meeting below.